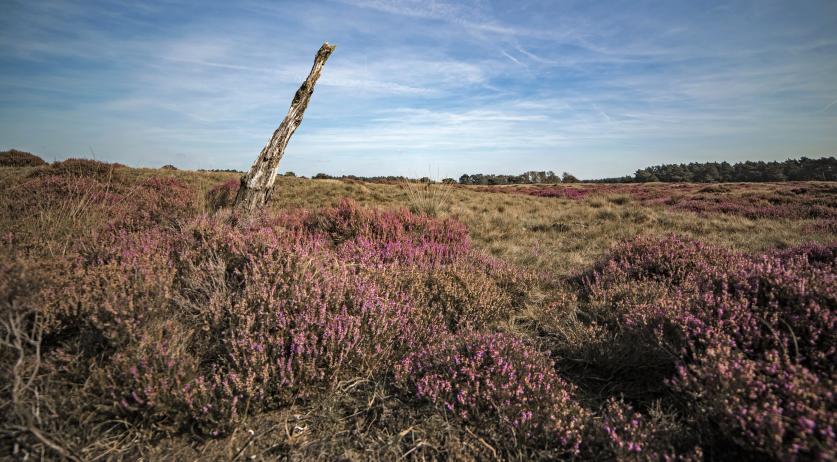 A majority of Dutch people prefer to spend their upcoming summer holidays in the Netherlands, research by Hendrik Beerda Brand Consultancy showed. Most polled participants stated they would visit domestic tourism destinations, even if the negative international travel advice expires on May 15, affording more flexibility to travel abroad again.

"The coronavirus year has clearly made us more cautious. The Dutch are prefering to play it safe this summer when it comes to a holiday destination," said Hendrik Beerda, who organized the research.

With its forests, sand drifts, and heathlands, The Veluwe, in the province of Gelderland, was the most popular region specified among Dutch vacation-goers. The region features Europe's largest sand drifts, and was particularly praised for its landscapes and cycling paths. Among other domestic destinations, many Dutch also preferred to visit regions of Limburg, Zuid-Limburg, Gelderland, Noord-Brabant and Zeeland.

Amsterdam was the most popular choice among respondents planning a trip to a more urban destination. The Dutch capital landed as the first place of the most desirable holiday cities, followed by Maastricht, Scheveningen, The Hague and Rotterdam.

"As a favorite holiday city, this city has the best offer on all fronts. Whether it concerns culture, shopping, architecture or going out. The numbers two and three, Maastricht and Scheveningen, have, in addition to their core offer of Burgundian atmosphere and beach recreation respectively, an attractive catering offering, which makes people want to stay there for a longer period of time," said Beerda.

A minority of 12,000 participants who took part in the research stated they still planned to travel abroad during the holiday season. For them, Germany and The Ardennes in Belgium were the most popular choices. Those crossing the border for a holiday, still very much prefer to do it by car instead of a plane, research showed.

Utrecht, which is normally seen as another famous destination for tourists in the country, remarkably failed to rank in the top 100. According to Beerda, the fourth largest Dutch city is mainly viewed as a day trip destination.

"While recent research has shown that Utrecht is the most attractive city according to the Dutch, the city has too little to offer for a holiday," Beerda said. "Rather, it is seen as a day destination for shopping, catering and festival visits. Families with children leave the city once they are done visiting the Railway Museum."