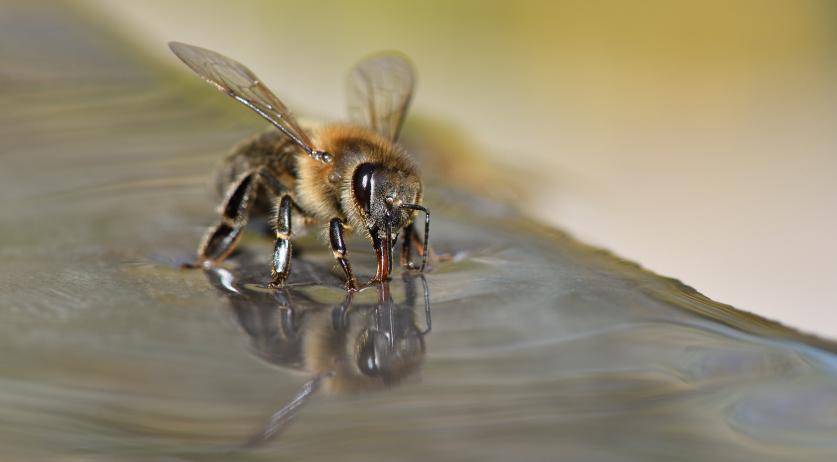 The Bioveterinary Research program at Wageningen University has teamed up with startup InsectSense to developing the technology which enables bees to be trained to successfully detect coronavirus. The project is based on a finding that bees can be taught to identify the scent of SARS-CoV-2-infected samples in as little as 15 minutes, and can eventually lead to a product called LumiNose that works without animal involvement.

The coronavirus, like other diseases, induces biochemical changes in the body, which release a scent. Honey bees, which have 170 odor receptors in their antennae, can easily be trained to recognize a particular odor in a matter of a few seconds, previous research proved.

During the research, 150 bees were trained to detect SARS-CoV-2 contaminated samples using a Pavlovian conditioning experiment. The bees were rewarded with a sugar-water solution every time they were exposed to the smell of an infected sample. After repeated conditioning, bees began spreading their tongues out solely for the smell, with no additional incentive given.

"We have to follow the regulations for testing in a biosafety level 3 lab with a highly contagious and serious virus. Therefore these bees were euthanized. Although this is a small number of bees, this hurts because we want to protect bees and are involved in several programs for supporting and protecting bees," the researchers said in a statement. "In non-contagious situation, bees can get released in the nature after few hours of the experiment. Besides that, we are developing an animal-free biosensor, LumiNose."

The startup has already prototyped a machine called BeeSense that can automatically train several bees at the same time, as well as a biosensor that deploys the trained bees for diagnosis. The two organizations argued that the newly developed technology could be a very useful diagnostic device for low-income countries that may struggle in the future to high-tech equipment and to access the necessary infrastructure.

InsectSense and Wageningen Bioveterinary Research stated in their joint press release that their currently prototyped models still require additional optimization. The two partners were hopeful that BeeSense could be ready for use in less than a year, and that an alpha prototype of LumiNose would be ready by the summer.

The entomology laboratory at Wageningen University also assisted with the project as did researchers at the Université Paul Sabatier in Toulouse, France.