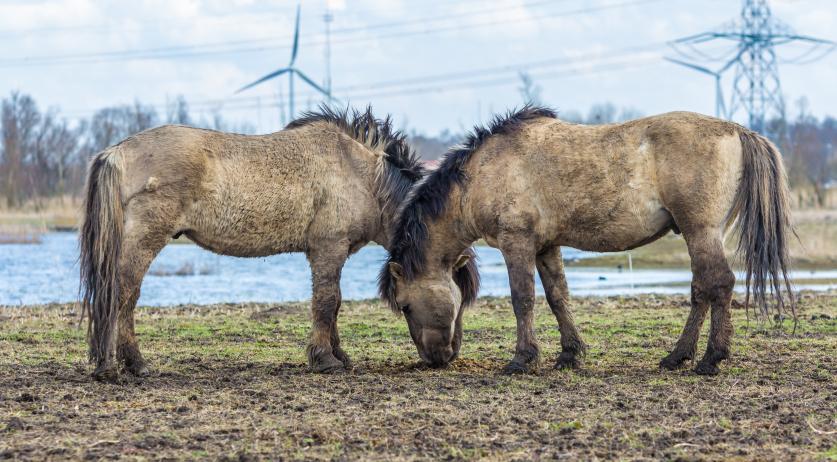 The Dutch government's forestry and nature reserve management illegally hunted konik horses and heck cattle in the Oostvaardersplassen in Lelystad, broadcaster Omroep Flevoland reported. Staatsbosbeheer should have obtained permits from the province of Flevoland before it shot the cattle, and had the horses captured and transported them to a slaughterhouse.

The killing of dozens of cattle and horses possibly violated the country's laws on nature conservation. Provincial and national politicians from the PvdD animal welfare party, as well as politicians from nationalist parties Ja21 and PVV asked the provincial government for more information and want to debate the issue.

"150 horses and dozens of heck cattle were illegally shot. Once again, the province of Flevoland has gone completely wrong and animals are simply shot instead of protected," said PvdD Member of Parliament Leonie Vestering.

The issue was first raised in January this year by Stichting Stamina, an organization aimed at preventing illegal hunting. That has now been confirmed by the OFGV,  an organization active in the field of environmental laws and policies along the bordering region of Noord-Holland and Flevoland covering 13 municipalities.

Stichting Stamina has asked the province several times since the beginning of January for the required documentation to be provided. Because these have not been provided, the foundation has then requested capturing and shooting of the animals to be immediately stopped.

The Omroep Flevoland reported in February this year that 27 heck cattle were shot in the Oostvaardersplassen between last December and February. Additionally, 155 Konik horses were taken to the slaughterhouse by November last year.