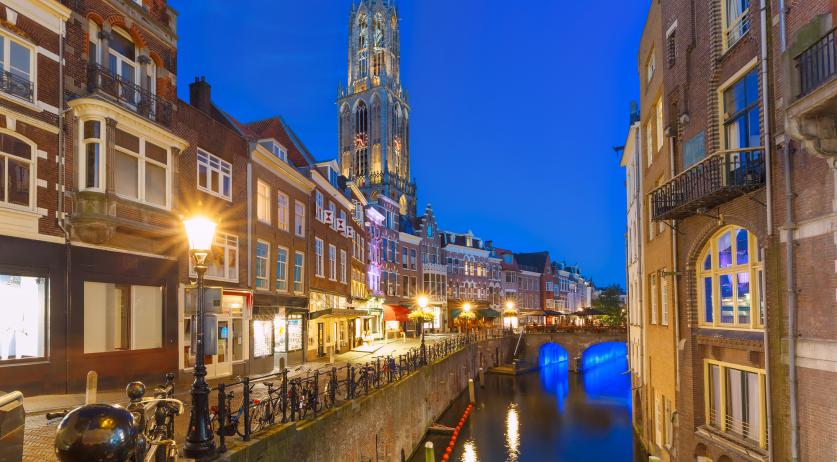 One of the Utrecht cafés which opened last week on a trial basis as a part of the Fieldlab experiment allegedly hosted an illegal after-hours party following the trial, and remained open until late at night, AD reported. At least one person who took part in a Fieldlab event at the Utrecht cafes tested positive for coronavirus, local news source Duic reported.

Police broke up the party at 't Oude Pierement, one of the participating locations, after they received reports from local residents about the party at around 2:15 a.m. That was roughly five hours after the original trial event was scheduled to finish. When police arrived, there were 40 people at the location who then fled the cafe. No fines were issued as there were no signs of public nuisance, but the municipality of Utrecht was informed about the incident.

"We are investigating the incident and appropriate measures are being taken. In an in-depth conversation with the catering entrepreneurs involved this morning, we expressed our disappointment about this", said Sharon Dijksma, Utrecht’s mayor.

The five Utrecht cafés were open on a trial basis from Wednesday to Saturday from noon to 9:45 p.m. They were the first cafes in the Netherlands allowed to host customers in person in six months. The event, which was organized by Fieldlab, served as an experiment to find out if the hospitality industry can safely reopen amid the coronavirus pandemic. More than 3,000 people attended the the five city center cafes, and all were required to provide proof of a negative coronavirus test to gain entry.

Following the completion of the pilot events, another report was received that a person who visited one of the locations tested positive for the SARS-CoV-2 coronavirus infection. The person had visited one cafe, and had a second reservation later in the week. He tested positive prior to the second visit, but tested negative before his first visit.

According to the municipality of Utrecht, the chance that somebody else was infected as a result is minimal, but extra measures have been taken in consultation with the Utrecht regional office of health service GGD. All staff members of the participating pubs have undergone additional testing and a source and contact investigation has been started. So far no other infections are believed to have emerged from this.

Additionally, eight people were excluded from participation in the Fieldlab test events beforehand because they tested positive for coronavirus prior to their visits.