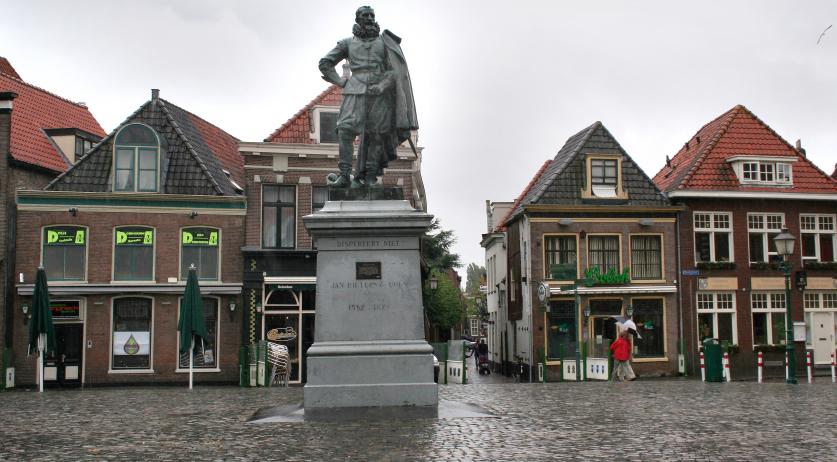 Hoorn to commence with city talks about removal of colonialist statue of J.P. Coen

The municipality of Hoorn will start with city talks on Monday to discuss the matter of the statue of J.P. Coen on the Roode Steen. Conversations are said to take place on streets, through podcasts, talk show conversations, and vlogs, which aim to form a debate about an "inclusive city." "There must be open discussions. Everything is allowed on the table," said Mayor Jan Nieuwenburg.

There has been much discussion about the statue of the VOC director Jan Pieterzoon Coen. There were proposals for a referendum, and there was also a citizens' initiative to remove the statue completely. And in January, slogans were added by opponents. Still, as far as the mayor is concerned, it goes beyond just the statue of J.P. Coen. "It is not going to be advice on what to do with the image. The focus is not on that. We want to talk about the bigger story of inclusivity. But as said: everything is allowed on the table."

In June last year, disturbances arose in the city in Noord-Holland after a demonstration against the statue. Cops were pelted, police horses and police were injured. The municipality then stated that many rioters also came to the protest.

Start with conversations on the street

On Monday, the city will start with conversations in the street conducted by a team from the organization and advisory bureau TwynstraGudde. These should result in five podcasts. "We try to get as many people as possible who we have not yet heard from. But of course, there is also room for the existing groups. We start with open one-on-one discussions. Because of corona, but major debates will not help us any further," according to Pim Meijer of TwynstraGudde.

All this must be done in the months of April and May. Subsequently, three talk shows will be organized in May / June. Twice with students and residents who have been drawn, and once with only local social organizations. And then in June / July, the city will conclude with future talks. People are allowed to design their idea of ​​an inclusive Hoorn. Vloggers then come by to turn them into multiple vlogs.

"As far as we are concerned, it is primarily about listening to each other. We want to do that in an inclusive, creative, and constructive way. Because it is also about the future, we also give students a place at the table," explains Meijer.

Depending on the results, it will be examined around the summer whether further discussions are needed and in what form. "We are very much looking forward to it and are curious what it will yield. If we just do it well, that will ensure understanding and empathy for the thinking of others," said Mayor Nieuwenburg.

Jan Pieterszoon Coen, 1587 - 1629, was director-general of the VOC and aimed to strengthen the VOC's position in the Far East, according to NOS. In 1671 he was appointed governor-general. He was best known for his conquest of Jakarta, which was later renamed Batavia. It is now called Jakarta again. Coen was well known for the violence he used. According to NOS, his greatest crime was the punitive expedition to one of the Banda Islands. He had thousands of residents of the island murdered after they delivered nutmeg to the English against agreements with the VOC.