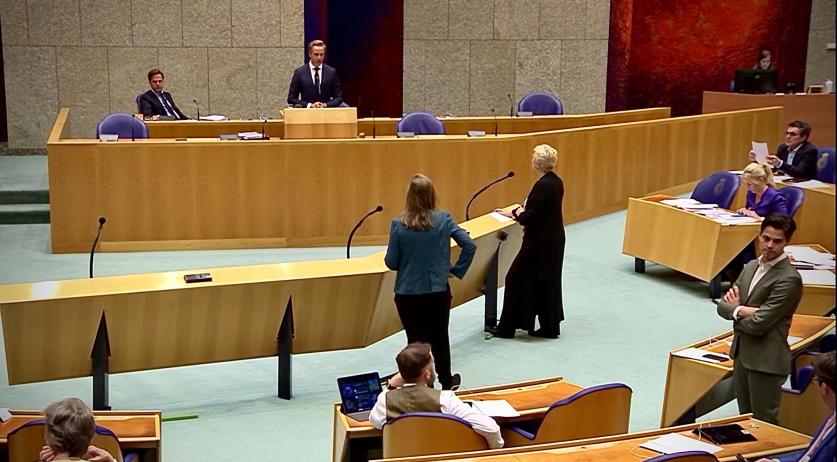 After multiple people, particularly young women, suffered from thrombosis shortly after receiving their first dose of the AstraZeneca Covid-19 vaccine, the Netherlands halted use of the vaccine for people under the age of 60. The decision was made by Health Minister Hugo de Jonge despite the fact that the side effect was exceedingly rare, and that the safety committee of the European Medicines Agency (EMA) determined that the benefits far outweighed the remote risk.

During a parliamentary debate on Thursday, members of both the D66 and GroenLinks political parties argued that people should have the option to choose the AstraZeneca vaccine themselves. They submitted a motion saying as much during the debate which was supported by a majority in the lower house of Parliament, Nu.nl reported.

D66 Member of Parliament, Jan Paternotte, pointed out that the EMA conclusions were firmly on the side of unlimited access to the vaccine, and not only using it on those most vulnerable to serious Covid-19 symptoms. GroenLinks Member of Parliament, Lisa Westerveld, questioned if the decision to stop with the use of the AstraZeneca was a ‘proportionate response’.

Both D66 and GroenLinks were in favor of allowing people to decide for themselves if they want to have the AstraZeneca shot or not. They said it should be a voluntary decision, whereas previously Minister de Jonge said that anyone rejecting a vaccine offered to them will have to go to the back of the line and wait until the supply is greater. The Thrombosis Foundation previously said the same, as did acute care leader Ernst Kuipers, and political party PvdA.

De Jonge, said he is ready to take another look at the proposal from D66 and GroenLinks but remains skeptical. According to him, the vaccination strategy is still a ‘large puzzle in practice’.

He argued that other vaccines are a safer option for younger people. With the Pfizer and Moderna vaccine the second dose is also administered faster which means that the patient has full coverage against Covid-19 earlier.

The Netherlands also delayed the rollout of the Janssen vaccine until the EMA further evaluates its potential side-effects.  Nearly three million people were scheduled to receive this vaccine in the second quarter. That decision has not faced nearly as much scrutiny or criticism, as the vaccine manufacturer itself requested that their product remain in storage until a safety investigation in the United States is completed.