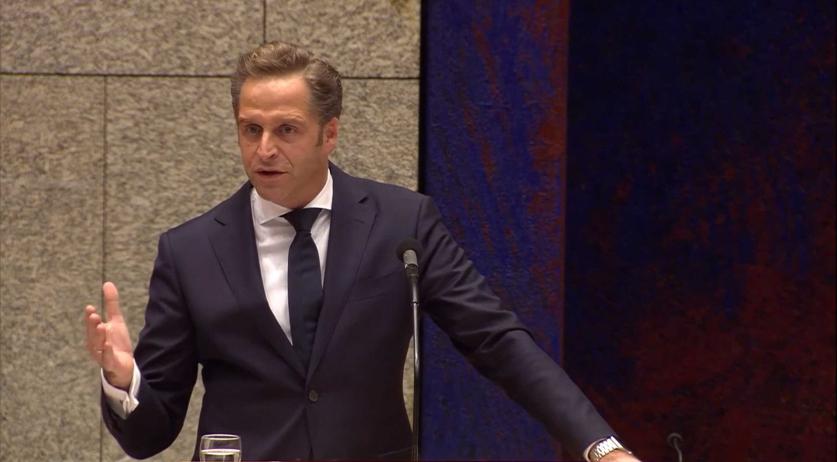 Outgoing Public Health Minister Hugo de Jonge wants to temper expectations with regard to possible relaxation of the coronavirus measures; he said on Friday evening in the RTL program BEAU.

Earlier this week, it was leaked that the caretaker cabinet is working on a plan to reopen society. At the same time, all kinds of events are being organized this month that people can access if they can provide a negative covid test.

De Jonge, however, warned against too much optimism. "We are working on an opening plan. We have to offer perspective," said the Minister. "But as soon as the outside world gets wind of that plan, people think: hooray," but he emphasized that it was too early to celebrate.

Furthermore, De Jonge said that he did not want to "anticipate" the decisions for next Tuesday. "But I would like to add that, of course, we are not going to do stupid things for the healthcare system." Earlier this week, the Dutch Association of Hospitals said it was astonished that relaxations are even being considered. The umbrella organization then said that the pressure on hospitals is incredibly high.

Before the new plans got out, De Jonge also said that he wants to guard against the image that everything can be done again. According to him, thanks to access tests, things can be done "that are actually still too dangerous," given the current contamination figures.

"We should not draw the conclusion: oh, apparently things are going better again, because we can do all kinds of things again. No, unfortunately, we are not that far yet", De Jonge emphasized last Tuesday.

Third wave probably lower, according to the Minister

There are currently 2,500 corona patients in hospitals, the Minister said on BEAU on Friday. "750 in intensive care, more every day, the numbers are rising again in recent days. We think the third wave will be lower, but we are not over the peak yet."

De Jonge does not want to anticipate Tuesday's decision-making, when another press conference will be held, but he emphasized that "we shouldn't do stupid things when the port is already in sight."