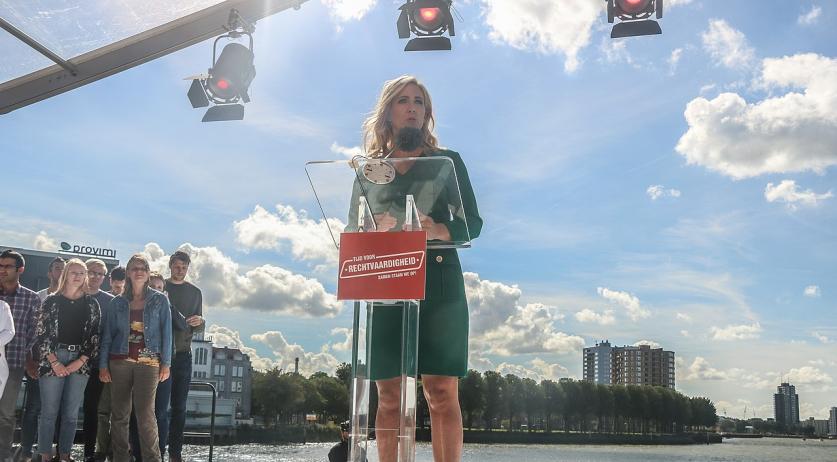 Leader of the Socialist Party (SP), Lilian Marijnissen, calls on all parties to indicate, just like the ChristenUnie, whether they would join a new cabinet with Mark Rutte at the helm. She announced this in the talk show WNL Op Zondag on Sunday. Collaboration with Rutte is, in any case, out of the question for the SP.

Christian Union leader Gert-Jan Segers announced on Saturday that his party would not take part in a government coalition if Rutte becomes the leader again. He does not rule out the VVD himself, but he does rule out the person Mark Rutte. Rutte's performance in the government formation process was the final straw for the small Christian party. Now Marijnissen will also follow.

Marijnissen calls on all parties to indicate their standpoints. "I think it is very good that Segers provides clarity. I would also like to call on other parties to do so," she said in the NPO program.

Cooperation from the left

Marijnissen initially calls on labor party PvdA and the green party GroenLinks to provide a definite answer. They, like the rest of the opposition, announced their disesteem in Rutte.

The coalition parties left it with a motion of censure, also a very heavy instrument. Rarely does a prime minister ignore such an adopted motion; still Rutte announced on Saturday that he would go ahead. All parties supported the motion, except for Rutte's VVD itself.

Liberal party D66 leader Sigrid Kaag, who filed the motion of censure together with coalition partner Wopke Hoekstra of the Christian Democratic Party (CDA), said in the debate on Thursday night that she would draw her own "conclusions" if she were in Rutte's shoes. But according to Marijnissen, Kaag cannot stop there and must provide clarity about a possible collaboration with Rutte as leader of the largest party. "I think that's a justified question," the SP leader concluded.

Incidentally, after the loss of her party in the elections, Marijnissen was already relatively unenthusiastic about cabinet participation, so her decision is less surprising than that of Segers, who was himself in the previous cabinet.