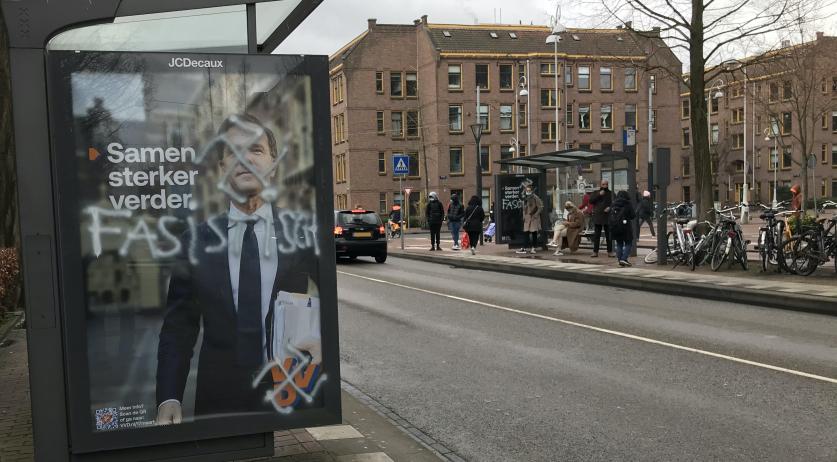 Several campaign posters showing Dutch Prime Minister Mark Rutte were defaced with swastikas painted over Rutte's face and the logo of his right wing VVD political party. The word "fascist" was also scrawled across his body on at least five posters at several bus stops on Molukkenstraat and Veelaan on Friday morning.

The graffiti was spray painted on the glass in front of the election advertisements. At one point shortly after 1 p.m., a crew from public transportation office GVB briefly stopped to survey the vandalism near Javaplein. They were all scrubbed clean by late Friday afternoon.

The incidents happened on the last day of mail-in voting for the general election in the Netherlands, with in-person voting set to start on Monday. The voters have their last chance to visit a polling station on Wednesday.

Rutte has been criticized since the first wave of SARS-CoV-2 coronavirus infections for the restrictions placed on Dutch society which were meant to keep the virus from affecting a large portion of the public. Some have criticized the Cabinet for moving too slowly or for measures which were too soft, while others have complained that the restrictions are too strict and punish too many people.

"The prime minister is detaining people in the Netherlands. He has us in a ridiculous lockdown, which he is extending for no good reason," said the leader of far right party PVV during a debate in Parliament earlier this week. Wilders made his statement after many restrictions, including the curfew, were extended, while a handful of other rules were loosened up.

Representatives for Rutte's government office and at his VVD political party did not answer requests for comment.

Aside from Rutte's political critics, there is also a conspiracy theory circulating online that accuse the caretaker prime minister of being a puppet to a secret world-order dedicated to seizing control over the world through, for example, the Covid-19 vaccination process. Its adherents believe that the vaccines are meant to realize Adolf Hitler’s plans to create a super-human race.

Police in Amsterdam told NL Times that neither the prime minister, nor the organizations involved, had filed an official report with them about the incident. The GVB declined to comment, instead deferring to JCDecaux, the company which handles the placement of advertising at the city’s bus stops. The French company is among the largest in the world for outdoor advertising. A request for comment from JCDecaux went unanswered. 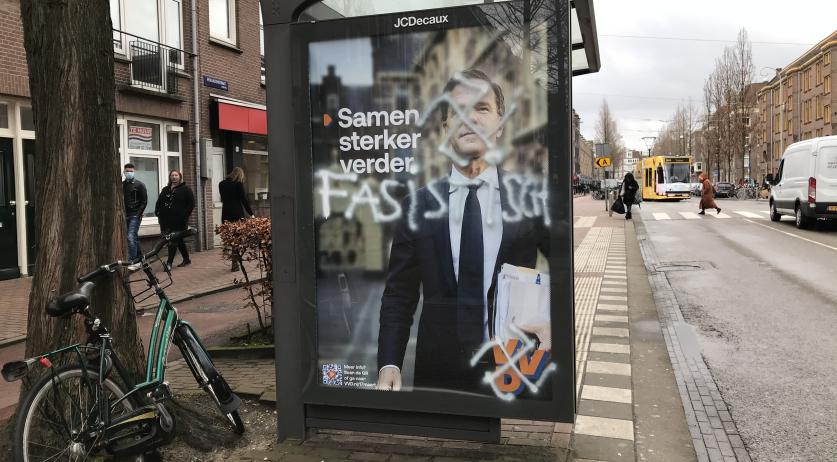 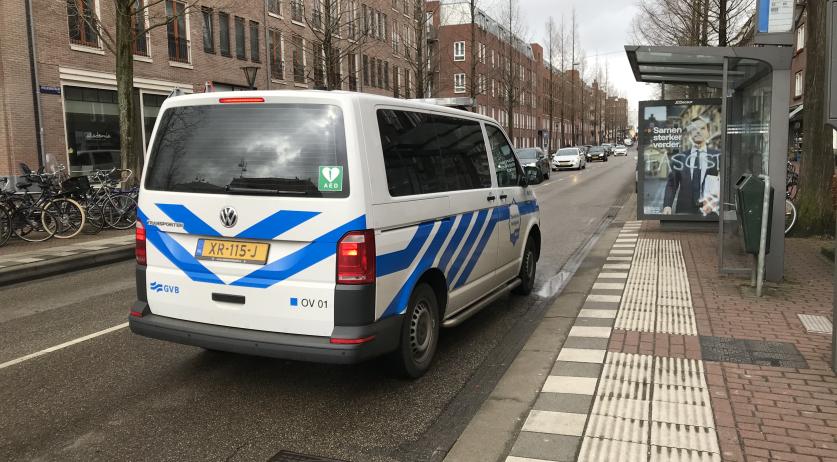