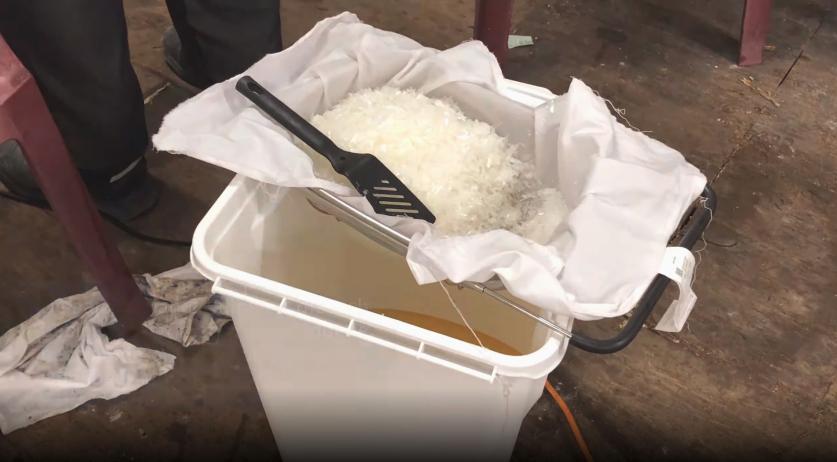 Despite the fact that the coronavirus pandemic closed clubs and canceled festivals last year, synthetic drug production in the Netherlands continued unabated. The police dismantled 108 synthetic drug labs last year, 20 percent more than in 2019, and cleared out 23 percent more storage locations. The number of crystal meth labs more than tripled form 10 in 2019 to 32 last year.

The police had expected that the coronavirus lockdowns would reduce the demand for synthetic drugs like ecstasy and speed, but that turned out not to be the case, Max Daniel, in charge of the drugs portfolio at the police, said to AD. "In 2020 the production of synthetic drugs was running at full speed and prices have not fallen. That indicates that the demand has not decreased."

The Netherlands is a frontrunner when it comes to the manufacture of ecstasy and amphetamine, Daniel said. "We have the best labs in the world here and that's not something to be proud of." Drug labs are also getting bigger and more professional. In the past drugs were cooked in 50 liter glassware. Now boilers of 2,800 liters have been found in multiple labs.

The rise of crystal meth in the Netherlands is also striking. "The growth has to do with the revenue model," Daniel explained to the newspaper. "Crystal meth yields ten times as much, while the conversion of an amphetamine lab requires only a small investment."

The police are worried about the rise of crystal meth for several reasons. First is that the production of meth releases toxic mercury fumes, making it extra dangerous for those around a lab and the police officers sent to bust it. Another point of concern is the presence of Mexican criminals found at various crystal meth labs busted in the Netherlands. "We do not rule out that there are good agreements with Mexican cartels about the distribution of the profits," Daniel said.

The use of crystal meth is marginal in the Netherlands, which  means that the production here is mainly for export. "That applies to all synthetic drugs that are made here," Daniel said to the newspaper. "Around the elections you hear politicians say that if you legalize drugs, you will get rid of all problems. I think that is a naive image. Only if you legalize drugs worldwide would you be rid of all crime."