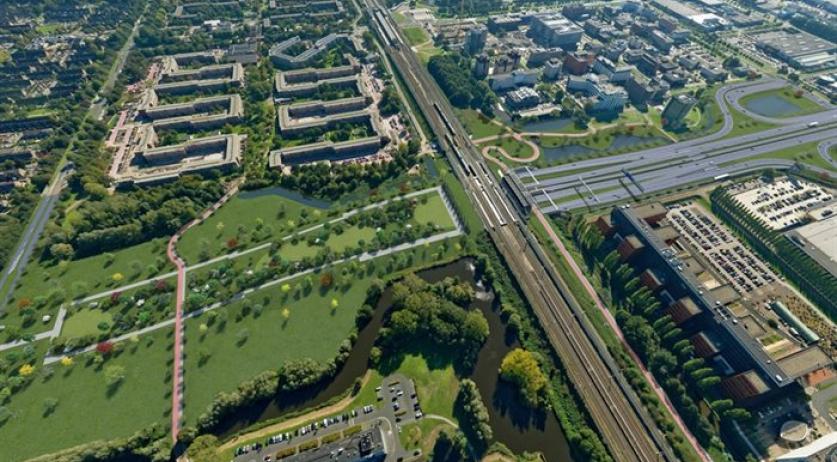 Amsterdam asks locals to weigh in on new park

Amsterdam asked the residents of its Zuidoost district to weigh in on a new large park that will soon be on the roof of the tunnel above the A9 highway. For the most part, the park has already been laid out and planted, but there is still about 4 hectares of space the municipality wants to fill with the locals' help, the city said in a statement.

The park is approximately 2 kilometers long and 65 meters wide. It will be the green connection between the Bijlmermeer and Gaasperdam neighborhoods. The park still has eight park fields and two open spaces to allocate a purpose for. Anything can be set up in the free space - sports fields, meeting areas, a cultural stage, urban agriculture, to name a few examples.

Locals will be able to submit their ideas from next week until the end of April. The suggestions will be incorporated into the final plans, which will be published around September. If everything goes according to plan, public works department Rijkswaterstaat will officially transfer the park to Amsterdam at the end of this year. Work on the park will begin late 2021 or early next year.

"Inhabitants of Zuidoost are very attached to greenery in their immediate living environment," Zuidoost district councilor Jakob Wedemeijer said to ANP. "We already saw this with recent participation in the renewal of the adjacent Gaasperpark. We received more than a thousand responses and suggestions."