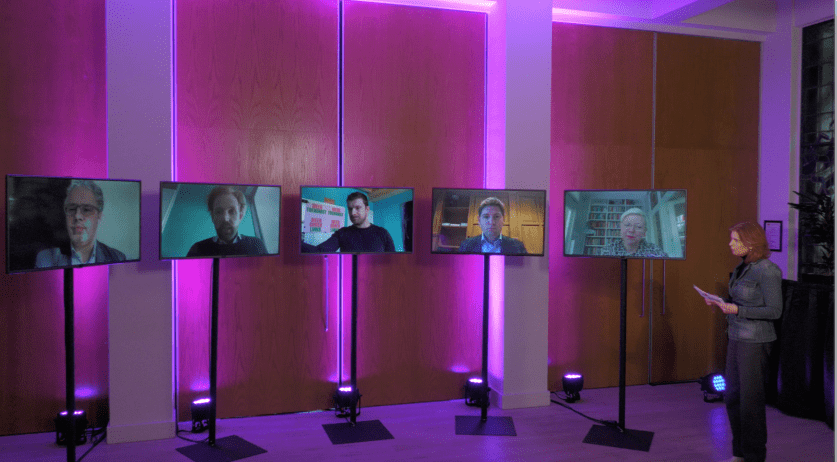 In a debate that took place on Friday, February 12, five members of Parliament representing the largest political parties debated the importance of knowledge exchange in advancing international development and trade. The parties present were the Green Party (GroenLinks), the Conservative-liberal Party (VVD), the Christian Democrats (CDA), the Labor Party (PvdA), and the Social-liberal Party (D66).

While most party members asserted that more money should be invested in bilateral development and trade agreements, D66 representative Jan Paternotte emphasized the vital role of the European Union. He argued that European countries had to "work together to ensure that "rules are implemented evenly, and markets are opened up unilaterally." In terms of providing aid, D66 deems it essential to bring Dutch expertise to other countries, for example, in relation to dam building.

PvdA representative Kirsten van den Hul emphasized explicitly the need for more locally tailored trade and development initiatives. She argued the general budget for Official Development Assistance (ODA) should be deepened and more attention should be paid to bilateral and local cooperation. Her standpoint was that the "western and northern agenda" have created these inequalities in the world that urgently need to be tackled. She thus also argues for an equal distribution of Covid-19 vaccines to less developed countries.

GroenLinks, too, think that listening to local needs when it comes to development is paramount. However, representative Tom van den Nieuwenhuijzen added that these development goals could not contradict climate goals, emphasizing the UN Sustainable Development Goals' unilateral force. Moreover, van den Nieuwenhuijzen said that he was "worried about the fact that we invested so little in long-term health systems," which has been exacerbated by the outbreak of the Covid-19 pandemic.

Lisanne Gerstel, Master Programmes Director of KIT Royal Tropical Institute, said that "we are pleased that all political parties taking part in the SAIL Election Debate recognize the importance of knowledge, in addition to aid and trade, for international cooperation." She added that "the investment in the Orange Knowledge Program grants for students from low-income countries is well spent in international Covid control efforts. Most students who have done an MSc in Public Health at KIT have started immediately in programmes to help curb the pandemic in their home countries."