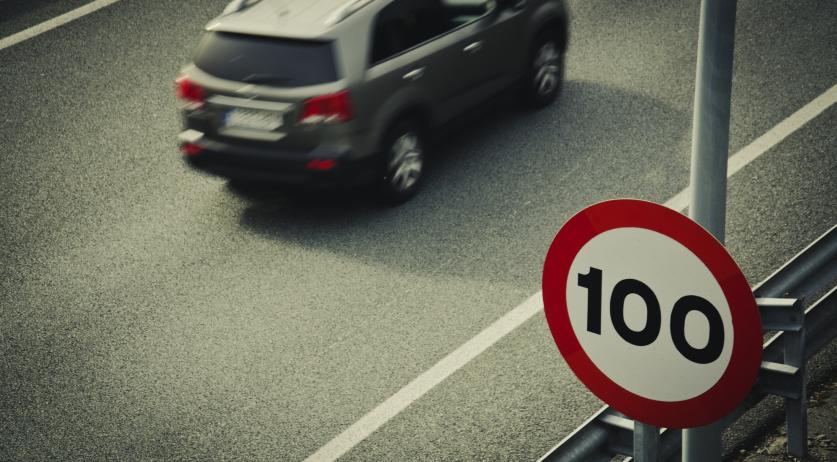 Last year, 7,200 drivers were given a penalty point by police for breaking traffic laws, according to statistics from the Public Prosecution Service show. If a driver receives more than two penalty points, their driver's license will be suspended, BNR reports.

The penalty point system only applies to the first five years after the driver completes his or her license. If a driver got their license at 16, then the penalty points system remains for seven years. Points are given, for example, when someone breaks the speed limit or for tailgating.

In 2018, 5,400 novice drivers were given a penalty point. The prosecution said the increase was linked to the fact there is less overall traffic on the streets, due to coronavirus lockdowns. Fewer traffic jams meant there was more room for reckless driving. The lowering of the maximum speed-limit down to 100 kilometers per hour also contributed to the increase in traffic violations.

“You see that drivers are driving faster, on the one hand, because there is a possibility and, on the other, because they feel that the chance they will be caught is small”, traffic law layer, Bert Kabel, said to BNR. “However, the chance to get caught only increased. Because there are fewer people on the road, it is more obvious when someone is breaking the law.”

Police also maximized their efforts last year to tackle traffic violations, such as speeding. “The number of arrests by police is increasing every year. And more enforcement also means a greater chance of getting a penalty,” Saskia de Craen from the research center for road safety SWOV said to the broadcaster.

Due to the point system typically only lasting for five years, only 243 drivers were caught for the second time. “We do not know the real percentage of those that made a mistake twice because many people are not in the picture”, de Craen explains.

According to the researcher, it is justified that primarily drivers that are new to the road are targeted. “Novice drivers are more likely to be involved in a deadly accident than older drivers. That has to do with inexperience and developing a feeling for the road.”