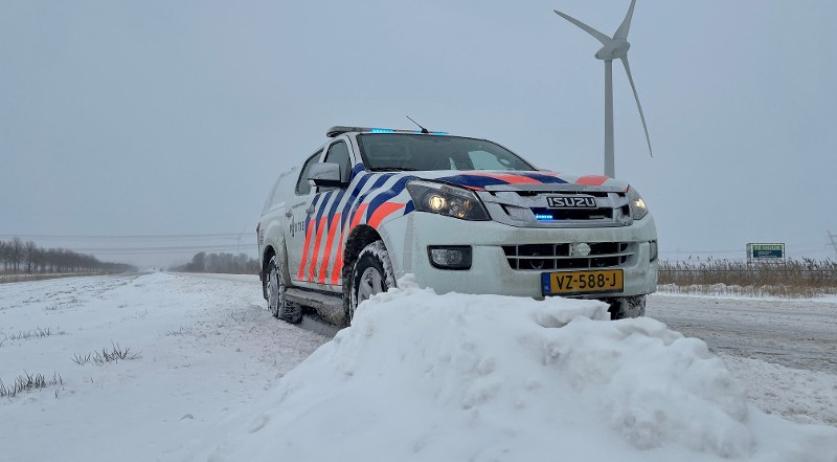 A 29-year-old man from Weesp was rescued by the police during the early hours of Monday morning after he tried to walk home from Gouda in below freezing temperatures, because the trains were canceled. He was found close to home, exhausted and with hypothermia symptoms, the police said.

The man planned to take the train home on Sunday, but when the train was canceled due to the weather conditions, he decided to walk. On the way, he called his mother to tell her that he was walking home, and that he was cold and exhausted. When the connection suddenly dropped, his mom called the police.

The police immediately launched a large-scale search for the man, deploying police from multiple units as well as a helicopter. The man was found lying on the bicycle pat on the N236, just before the Weesperbrug.

The cops who found him immediately gave him a warm police jacket and insulation blanket. Paramedics checked him over at the scene before he was reunited with his family.