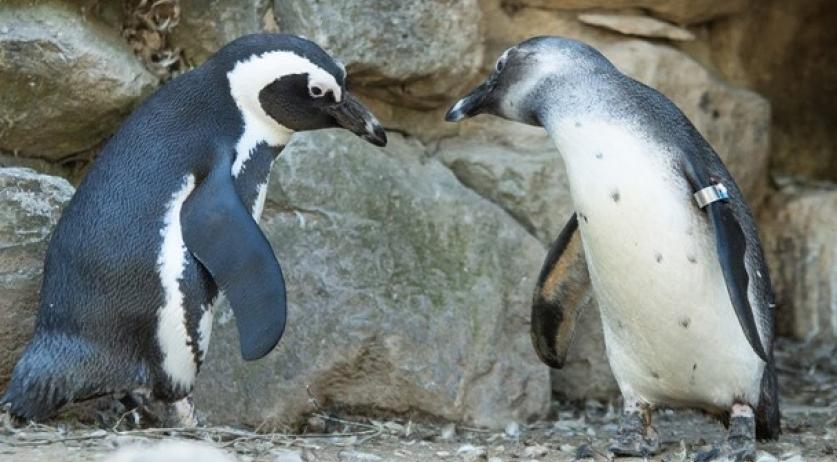 Arnhem zoo brings penguins inside due to the cold

The Burgers' Zoo in Arnhem brought its population of black-footed penguins inside due to the persistent cold. As these penguins naturally occur in South Africa and Namibia, they aren't used to the current extreme winter weather in the Netherlands.

The penguins involved are 15 young and partner-less birds, who do not yet have their own cave to protect them against the cold. They'll stay in a warmer spot inside the zoo until the weather softens.

According to the zoo, it is a persistent myth that penguins live exclusively in cold regions. There are some 17 species of penguins, only seven of which are found in or around Antarctica. Some of these species migrate to the more northerly surrounding islands during the coldest seasons, and only three or four species actually stay on the frozen continent all year round.