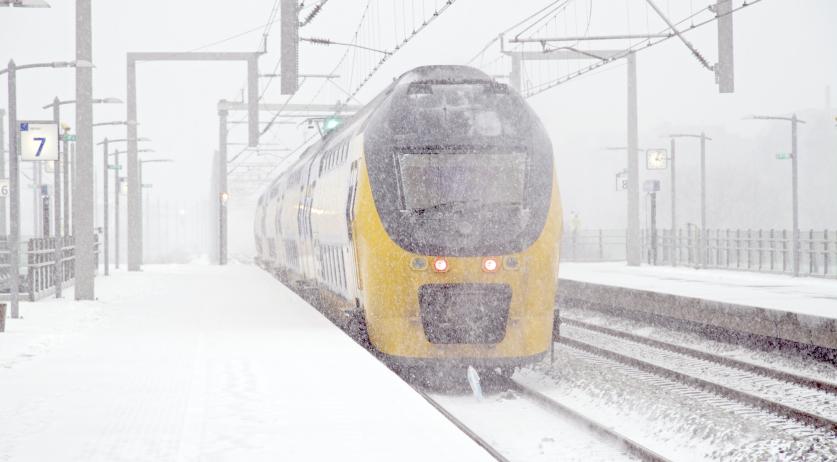 The first snowstorm in more than a decade is predicted to hit the Netherlands this weekend. In coastal and river areas, Weer.nl expects snow dunes up to one meter high.

The harsh weather is expected to begin Saturday evening and last for almost one week. Temperatures will drop down to minus eight degrees Celsius next week and can feel even frostier due to the icy winds. The KNMI issued a code yellow warning against icy roads for large parts of the Netherlands starting Saturday evening.

In the center of the country moderate to strong easterly winds are forecast. Winds in coastal areas can even range from strong to stormy. Particularly in Noord-Holland, Flevoland, Friesland, Drenthe and Groningen winds can travel at up to 90 kilometers per hour.

The last snowstorm the Netherlands experienced took place in 2010. Nothing compared, however, to the snowstorm of 1979 when snow dunes between three to six meters high plowed across the country for over 90 hours.

The only region that will be spared this weekend is the far south of the Netherlands in Limburg. Here mostly rain is expected to fall with temperatures remaining above zero degrees Celsius.