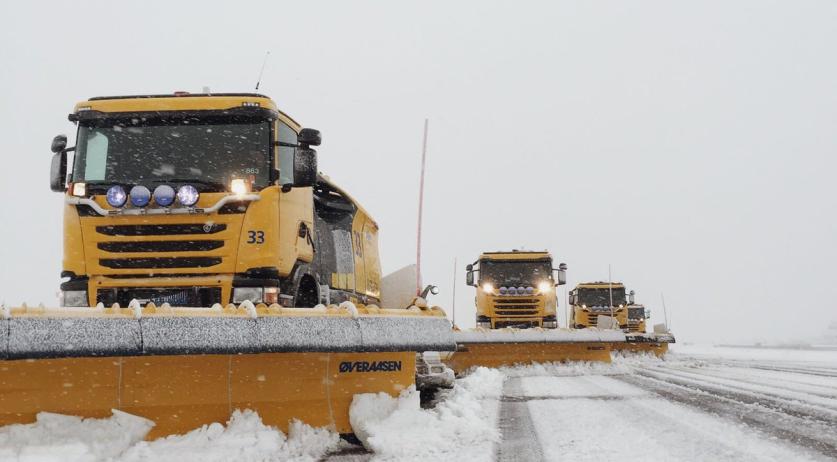 A lot of snow is expected in the Netherlands this weekend. To keep the national roads in a drive-able condition, public works department Rijkswaterstaat has 350 snow plows and 1,200 employees ready to deploy. The department also has 546 gritting trucks that can be equipped with a snow blade if necessary.

According to the Rijkswaterstaat, all its vehicles together can clear all Dutch highways within two hours. Including entrances and exits, and highway parking areas, this covers a distance of around 10 thousand kilometers.

Rijkswaterstaat warned motorists to keep a close eye on weather forecasts and traffic information when traveling this weekend.

Meteorological institute KNMI issued a code yellow warning taking effect from Saturday evening, warning motorists to be aware of icy roads. The service expects between 10 and 20 centimeters of snow to fall in many places, starting on Saturday afternoon and continuing through Sunday. "Adjust your driving behavior. Follow weather reports and warnings," the KNMI said.

Friday will be cloudy and rainy, but the sun could peek through the clouds during the afternoon. Maximum temperatures will range from 2 degrees in the northeast to 11 degrees in the south. The easterly wind will be weak to moderate, though the coastal areas and IJsselmeer may face strong winds.

Saturday will start out cloudy with some light rain in the west. During the afternoon and evening, the precipitation will spread northwards and in most places turn into snow, with only the southern half of Limburg still getting rain. Maximums will range from just above freezing in the far northeast to up to 6 degrees in the southwest and south.

Temperatures will start to drop during the afternoon, and by evening thermometers will be around or below freezing throughout the Netherlands.

Sunday will be very cold with lots of snow and a strong easterly wind, which could reach storm strength along the coast. After the weekend it will be persistently very cold with maximum temperatures around -5 during the day. There may also be snowfall.