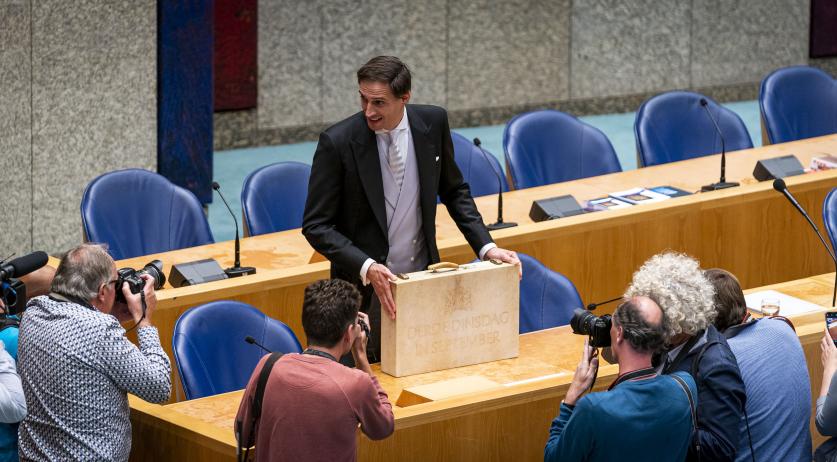 The government expects that the national debt will rise above the European standard of 60 percent of gross domestic product this year, Minister Wopke Hoekstra of Finance said in a letter to parliament. This is partly due to the extension of the coronavirus support packages announced last week, and to a lesser extent to measures announced after the childcare allowance scandal came to a head, NOS reports.

At the end of last year, the government still expected that the national debt would remain just below the 60 percent limit. But estimates now show that the government spending on coronavirus support to businesses will be higher than expected, amounting to over 60 billion euros last year and this year. National debt is also rising because companies are making less profit and therefore paying less taxes. Companies in trouble can also get a postponement on their taxes.

More money will be spent on the full financial compensation of the families affected by the childcare allowance scandal than the government expected. And in the aftermath of the scandal, the government also needs to spend money on improving information provision and services, so that this type of abuse can't happen again in the future. Over the next five years, that is expected to cost nearly 4.5 billion euros extra.

Government debt rising above the European standard will have no immediate consequences. Due to the coronaviris crisis, the European fiscal rules can temporarily be ignored. But in the longer term, the national debt will have to fall below that limit again.