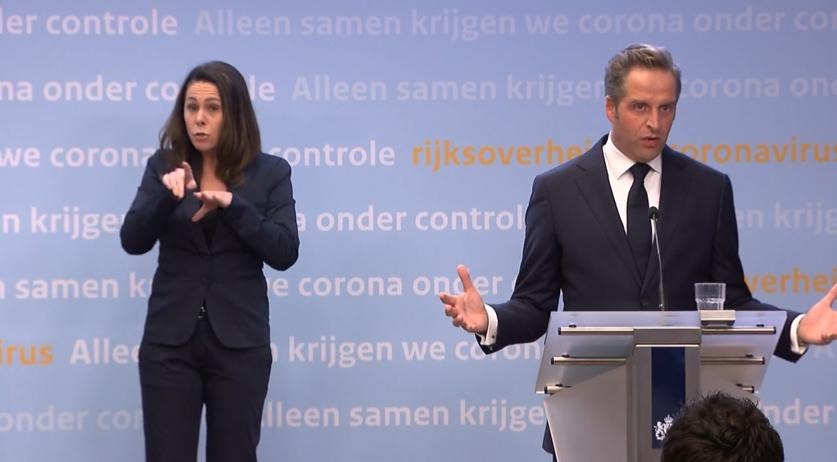 Netherlands residents who got the Pfizer vaccine against the coronavirus, will have to wait six weeks for their second dose instead of the recommended three weeks, outgoing Minister Hugo de Jonge of Public Health announced on Wednesday. This measure is specifically to accelerate the vaccination of older Netherlands residents over the age of 60, he said.

He said during a press conference on Wednesday afternoon that the delayed second injection is "within the parameters" of European Medicines Agency recommendations. The EMA said on January 4 that the second dose of the vaccine could be given between 21 and 42 days after the first dose.

By allowing more time between the two injections, more people can get their first shot in a shorter period of time, De Jonge said. To achieve this, the departing Minister adjusted the vaccination policy so that the second dose does not have to be kept in stock. Only half of the second doses will be kept in reserve, while the rest will be used as first doses, De Jonge said in a letter to parliament.

"This way, more people can be protected against the coronavirus sooner. This is also important in view of the advance of the British variant," De Jonge said. The Health Council repeatedly urged the Dutch government to get people over the age of 60 vaccinated as soon as possible, starting with the oldest first. Elderly people are at the greatest risk of serious illness or death from the coronavirus.

One risk in not keeping a reserve of second doses to for each person who received their first shot is the possibility of  delivery delays from Pfizer. Since the company's vaccine was only tested on people who waited 19 to 42 days for a second shot, the effect of waiting more than six weeks is unknown.

Thus, it was not known if running out of vaccine doses could force some people to require an additional booster shot.

De Jonge stressed that no appointments will be cancelled for people who already received their first injection and have an appointment for the second one. Full protection in a patient is observed seven days after the second dose.