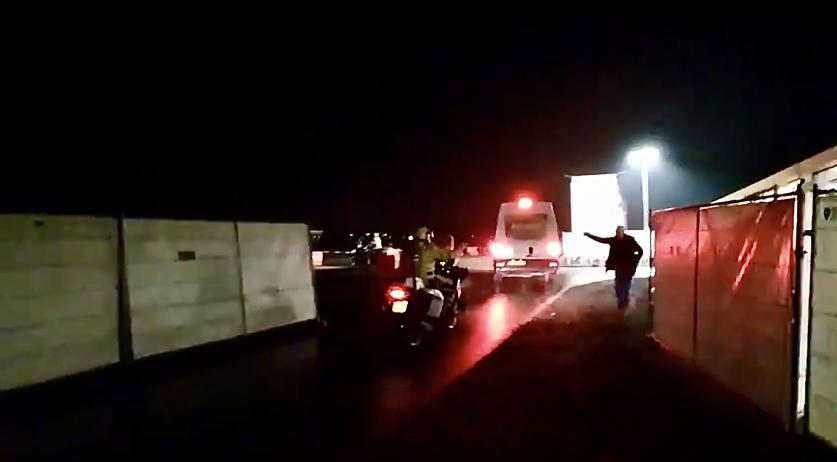 Netherlands vaccinated 77,000 against Covid through Sunday

Public health agency RIVM will release vaccination updates for the Netherlands on Tuesdays, a spokesperson for the agency told NL Times. The country's vaccination strategy was last updated on January 13.

The Netherlands vaccinated 77 thousand people against Covid-19 during the first 11 days vaccines were available in the country, equivalent to 0.44 percent of the population, data from the RIVM showed. That was second to last in the European Union, above Bulgaria, according to early data from the University of Oxford.

The Netherlands inoculated its first resident on January 6, and only started distributing vaccines to centers in every province on Friday. Of those vaccinated, 40 thousand were acute care providers, like ICU staff, emergency room personnel and ambulance crews. They were inoculated at hospitals. The other 37 thousand were care home workers who received their shots at a mass vaccination point set up by municipal health service GGD.

All of them received the Pfizer/BioNTech vaccine, and will require a second dose after three weeks for maximum protection against the disease. The Netherlands has said it will not delay giving people a second dose in order to inoculate more people at the start of the program.

It also maintained a firm stance that it will only give people the first dose of the Pfizer vaccine when it has the second dose in reserve. This week, Pfizer was set to deliver 92 thousand more doses to the Netherlands, when 150 to 200 thousand had been expected, according to broadcaster NOS. The delay was caused by the expansion of a Pfizer manufacturing facility in Belgium.

The Netherlands has about 400 thousand vaccine doses in stock, which have already been allocated to 200 thousand people who were allowed to schedule an appointment with the GGD. The Dutch government is waiting for advice on moving forward with giving people their first dose even if there is not a second dose in reserve at that time.

However, one expert said it was not worth the risk without advice from the OMT and the national health council on the impact of delaying a second dose. "We still know too little about the protection that only the first dose provides," Dr. Anke Huckriede, a vaccinology professor at the University of Groningen. "By preferably waiting six weeks to see if the pharmaceutical companies actually have their supplies in order, then you can still decide."

The Netherlands this week decided it will take the risk with regard to a vaccine produced by Moderna, the only other vaccine candidate currently approved by the European Medicines Agency. The country will begin using its initial supply of vaccines to inoculate general practitioners, who can then go on to vaccinate people residing in some nursing homes and care facilities.

"We are doing this because we trust that Moderna will come up with additional deliveries. Moreover, the numbers are small, so if a delivery does not come, we will not have to shift many appointments," a Health Ministry spokesperson told NOS.