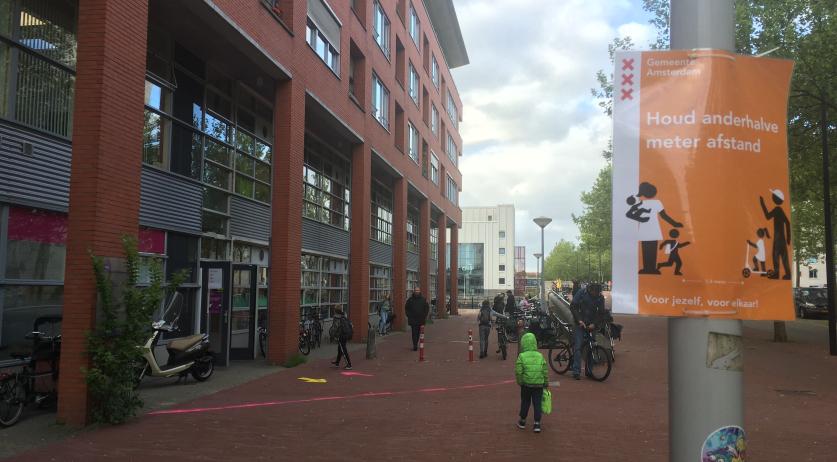 The leading advisors to the Dutch Cabinet on issues related to the coronavirus pandemic will tell Prime Minister Mark Rutte that the country's schools should remain closed for the time being. Their latest advice will include a statement that primary schools, daycare centers and after school childcare facilities should not be allowed to reopen on January 25, according to NOS.

Sources close to the outgoing Cabinet ministers told the broadcaster that the government will accept the advice and will keep the schools and childcare locations closed. Members of the Outbreak Management Team will discuss the matter with Rutte and outgoing ministers at the prime minister's official residence on Sunday.

Rutte has called education a top priority and had expressed hope, along with other members of the outgoing Cabinet, that the primary schools could open back up as soon as January 25. That would be about two weeks before February 9, the earliest date the lockdown will expire.

The written advisory statement could be submitted to members of Parliament on Monday. In the current draft, the OMT referenced "worrisome developments" about the B117 mutation of the SARS-CoV-2 coronavirus. At the same time, the OMT stated the latest advice to keep the schools closed is not because they believe children are at a higher risk of acquiring the infection.

The spread of the mutated virus was being investigated in Lansingerland after an outbreak of the B117 variant infected dozens linked to a school there. Researchers from the Erasmus Medical Center, the Rotterdam regional GGD, and the RIVM were attempting to test every resident aged two and up in the municipality.

So far, the OMT said the research has shown that children who have contracted the B117 coronavirus infection typically showed no adverse medical symptoms, NOS reported after obtaining a draft of the OMT brief.

Rutte and outgoing Health Minister Hugo de Jonge have said that the results of the study would guide their policy about reopening primary schools. Secondary schools were already expected to stay closed through February 9.

It was unlikely that the OMT would advise schools and childcare facilities to stop providing urgent care for disadvantaged students, vulnerable children, or to those children whose parents work in critically important jobs.

About 200 people in the Netherlands are known carriers of the B117 mutation, a spokesperson for the RIVM told newspaper AD, up from under 100 earlier in the week. Its spread has caused care homes in Friesland to close to all visitors after an outbreak at a retirement complex, with new cases found at a Gelderland residential treatment center and a Zeeland hospital.

The mutation, first discovered in the United Kingdom, is believed to be at least 55 percent more contagious than the strand of the virus more common to the Netherlands.