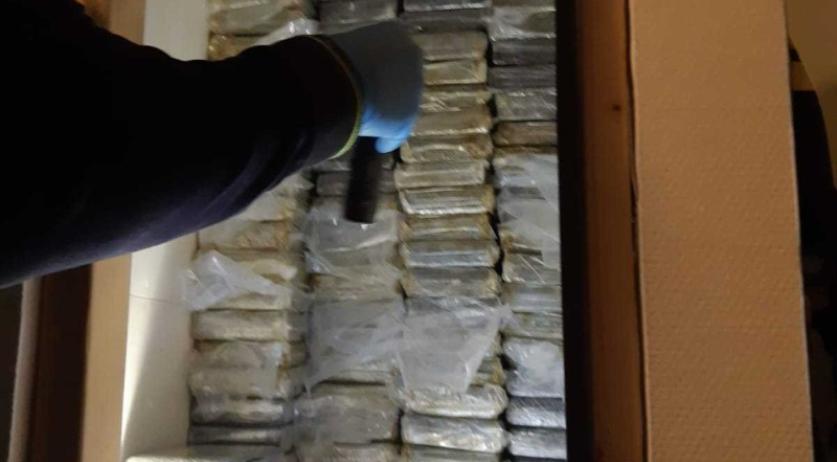 In 2019, only around 33 thousand kilos of cocaine were discovered in Rotterdam. Vlissingen is also an increasingly popular port for drug trafficking, with 6,055 kilos of cocaine seized there last year, compared to 3,008 kilos in 2019. Authorities also seized 1,180 kilos of the drug at Schiphol.

Rotterdam prosecutor Ernst Pols attributes the increase to a combination of more cocaine being trafficked to the Netherlands, and the Dutch authorities getting better at intercepting drug shipments. “Both factors are relevant. We, of course, hope that is due to an improvement in our investigation techniques”, Pols said to Rijnmond.

“One thing we noticed is the number of large packages, meaning above the 1000 kilo mark, have increased tenfold. This was not common the year prior.” Pols estimated that the cocaine found would have sold on the black market for around 3.5 billion euros.

Nanette van Schelven, General director of customs in Rotterdam, said that the main goal is to intervene before the drugs even have the chance to reach the Netherlands. “To achieve this goal, we have to work together with other countries, especially popular transit countries, such as Brazil.”

Van Schelven said that new technologies, such as computer scanning, as well as better international communication are to be thanked for the success in detecting drugs. She added that smuggling is often only possible if you already have corruption happening inside the receiving port. “Criminals almost always get the drugs from the port area with help from within," she said to the broadcaster.