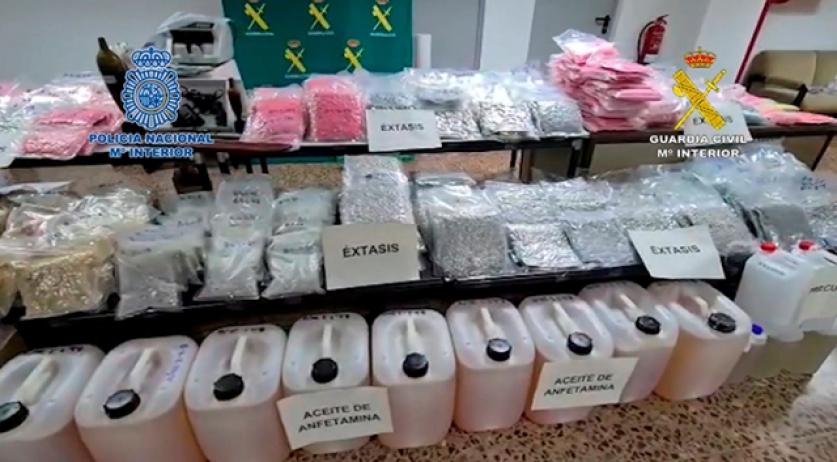 The Spanish Police dismantled the country’s leading international drug trafficking organization on Friday. The gang was involved in the production and distribution of various synthetic drugs. Eleven suspects were arrested, including the network’s Dutch leader, confirmed the national Police and the Guardia Civil.

The Spanish Police announced that the case involved a “criminal organization with the greatest reach in the production and trafficking of synthetic drugs in the history of drug trafficking in Spain.” It was also the second-largest catch in Europe, with a whopping 827,000 ecstasy pills, 76 kilos of amphetamine sulfate, 217 kilos of liquid amphetamine, 310 kilos of hashish, 89 kilos of marijuana, 2000 doses of LSD, and 1.65 kilos of ‘pink cocaine’.

The organization allegedly sold the weed in the Netherlands to finance the purchase of substances to manufacture synthetic drugs. The group contained members from various countries, including the Netherlands, Spain, Romania, Italy, and Colombia. They operated out of Barcelona and reportedly distributed millions of doses of synthetic drugs in Catalonia, Malaga, and Ibiza for years.

Drug labs were also dismantled during the raid. The gang employed two “cooks” who prepared the synthetic drugs.