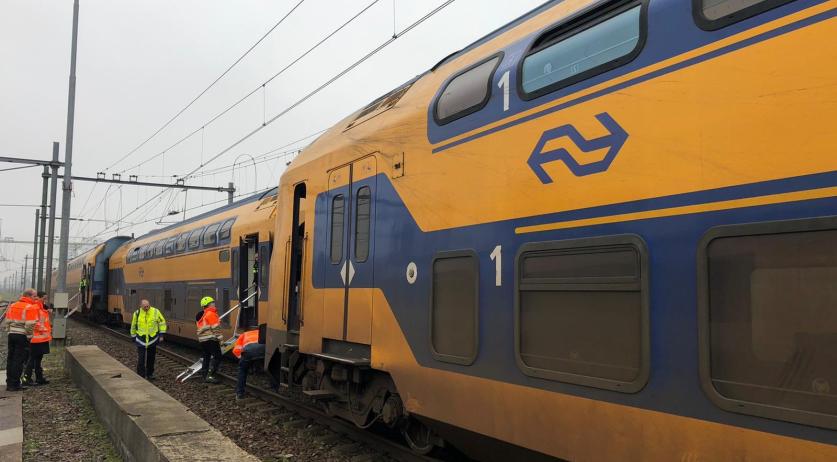 The Dutch railway company NS wants to make drastic cuts in the number of employees at stations. Staffed counters will disappear, and service personnel will be cut back. 341 full-time jobs are at risk. There will only be ten fully staffed stations with ticket counters.

The work council of the NS is currently examining the request for advice for the reorganization that was submitted two weeks ago. The plan would have far-reaching consequences. Of the current 26 full-service stations, only ten would be maintained in their current form. The ticket & service shops at 26 stations will be turned into one single counter with limited opening hours. In many stations, there will only be one NS employee who will be walking around to help people.

“If a train passenger wants to speak to someone, he has to go to an emergency phone or communicate via an app. NS has been saying for years that the customer is number one, two, and three, but that is not in line with breaking down the organization,” says Wim Eilert of the VVMC, a trade union for transport personnel.

The Dutch Trade Union FNV Spoor also states that the service and travel information should continue to be provided by people and that employees should not be replaced by machines or robots. “NS wants to become a price fighter like Ryanair. We are completely against that,” says Henri Janssen of FNV Spoor.

The request for advice submitted to the work council states that fewer travelers are buying their tickets at the counters. The number had dropped from 24 percent in 2017 to 12 percent last year. In return, the number of online transactions doubled to 6 million tickets.

Some of the counter staff would sit around with nothing to do while waiting for customers. Stations without NS staff are in line with the “increased digitization and change in customer needs,” writes the NS management. The number of stations where there will no longer be any NS employees will increase from 237 to 253.

Ten stations will become so-called ‘joint service stations,’ during the week between 7 a.m. and 7 p.m. (in the weekend the operating hours will be from 9 a.m. to 5 p.m.). During that time, an NS employee will be around to answer questions at the following stations: Almere Centrum, Amersfoort, Amsterdam Amstel, Delft, Den Haag HS, Den Bosch, Groningen, Haarlem, Nijmegen, and Zwolle.