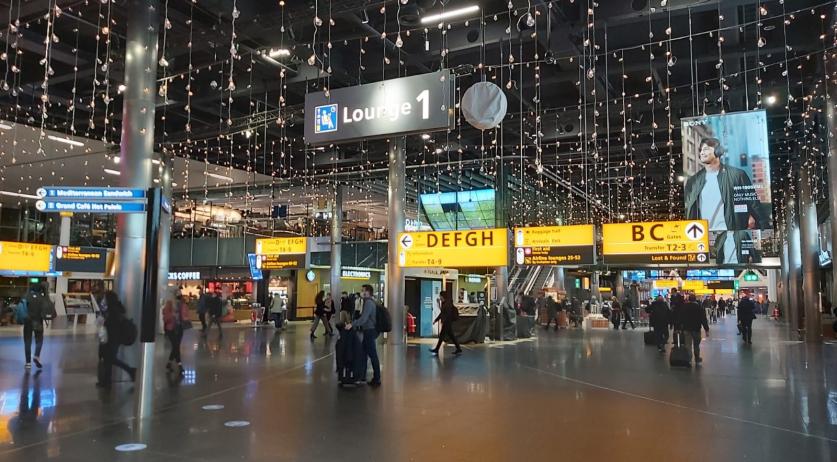 The Netherlands' ban on flights from South Africa and flights and ferries from the United Kingdom expired at midnight. Travellers from these two countries are now allowed to enter the Netherlands again, provided that they can show they tested negative prior to travel.

The Netherlands banned flights from South Africa and the UK on Sunday morning, due to a new variant of the coronavirus causing a spike in infections in the two countries. Ferries from the UK were stopped on Sunday evening.

Airlines and shipping companies operating from South Africa and the United Kingdom to the Netherlands are now obliged to check passengers before boarding for negative Covid-19 test results. They must be tested using a PCR test and the results cannot be older than 72 hours upon arrival in the Netherlands. Without these test results, passengers will not be allowed to board.

Schiphol airport is ready to receive flights from the two countries again. “From December 23, a negative test result and signed declaration will have to be shown on flights from the United Kingdom and South Africa. Tightened measures have been introduced to prevent the spread of the mutated variant of the virus. For the time being, the measure will apply until 1 January 2021," the airport said.

The Stena Line ferry service planned to operate its first passenger service at 9 a.m. local time, departing Harwich for Hoek van Holland. Passengers will also be required to show the negative PCR test result and fill out an official declaration about the test for the Dutch authorities.

Belgium and France also stopped traffic with the United Kingdom on Sunday, resulting in Eurostar trains being unable to run and the Channel Tunnel being closed so people could not drive to or from the UK.

Eurostar said the situation was still complicated on Wednesday as direct service from the UK to the Netherlands was allowed but people were not allowed to change trains in Brussels unless they reside in Belgium.

“Only essential travel is allowed to the Netherlands. All customers need to have proof of a negative PCR test result taken less than 72 hours before travel,” Eurostar said on Tuesday night.

French authorities were going to begin checking people at the border on their side of the Channel Tunnel for coronavirus test documentation showing a negative result. The test must have been taken within 72 hours of travel. “At the French border you will need to present an email or text message certificate issued by the testing facility,” the Eurotunnel service stated.