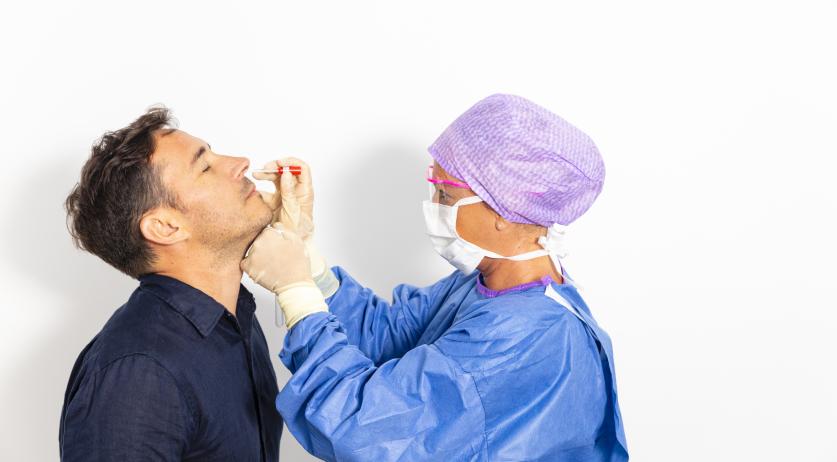 From 6 p.m. Tuesday, non-European Union and Schengen citizens will have to present negative Covid-19 test results and and a completed negative test declaration form when they enter the Netherlands by air or by sea. From January 1, when the transition period following Brexit will have ended, the new rule for entry into the country will also apply to most British people without a residence permit from a European Union nation.

”The United Kingdom has left the EU, and the transition period ends on 31 December 2020. This means that, as of 1 January 2021, passengers arriving in the Netherlands from the UK by air or sea also have to present a negative test result and declaration, unless they fall within an exemption category,” four Dutch ministries said in a statement.

The requirement of a negative test result is in addition to, not a relaxation of, the current EU entry ban. People from countries on the EU's list of Covid-19 hotspots will still not be able to enter, even with negative test results. With the requirement, the government hopes to prevent coronavirus infections coming into the Netherlands with travelers.

The negative test results and negative test declaration, which can be downloaded here, must be printed out - a digital copy on a phone or tablet is not sufficient - and presented to the traveler's airline or shipping company, and to the Koninklijke Marechaussee, a policing force that works as part of the Dutch military and is responsible for border security.

At this stage, the test results requirement does not apply to travelers who enter the Netherlands by car, bus or train. Similar to the Entry Ban, a series of exemptions were authorized, including those with a valid residence permit from any European Union or Schengen member state, and their family members. That exemption was also extended to those with student residence permits from IND, highly-skilled migrants with approval from IND, and workers with a Dutch employment permit.

“Dutch nationals and nationals of other EU and Schengen countries are currently not yet required to produce a negative COVID-19 test result and declaration. The law will first have to be changed, so this will not happen before the Spring of 2021,” the government said.

Since Aug. 31, municipal health service GGD identified over 10,300 people who tested positive for coronavirus within 14 days of arrival in the Netherlands. While most had visited an EU country, 10.3 percent of them arrived from Turkey, 2.3 percent from Morocco, and 1.5 percent had visited the U.K., data from public health agency RIVM showed.

Diplomats and those with a long-stay visa, including the MVV, will also be among those exempted when the rule goes into effect next week, as will nationals of Andorra, Iceland, Liechtenstein, Monaco, Norway, San Marino, Switzerland and Vatican City. The rule also does not apply to people who have a stop in the Netherlands en route to another country.

Those arriving in the Netherlands from an area designated Code Orange or Code Red by the Ministry of Foreign Affairs will still be expected to comply with self-isolation, testing, and contact tracing protocols issued by the government.