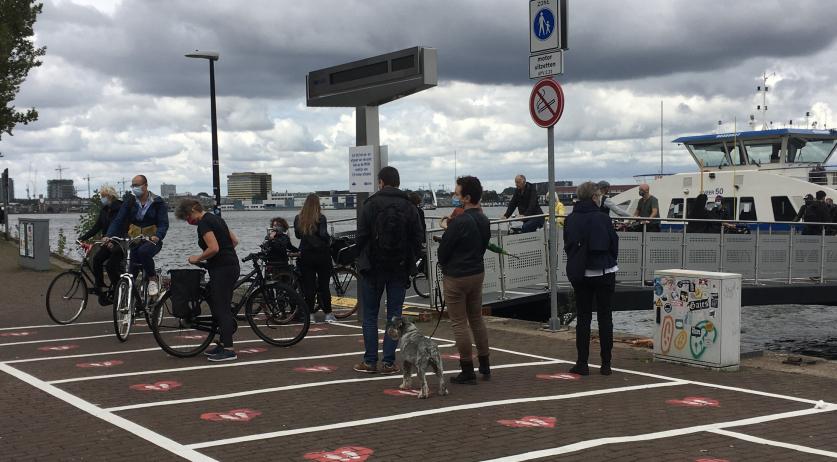 Fewer than 4,000 Covid infections for the first time in 52 days

Another 3,979 people in the Netherlands tested positive for the SARS-CoV-2 novel coronavirus infection, public health agency RIVM said on Tuesday. It was the first time since October 3 that the total number of new coronavirus infections reported in a single day was below the four thousand mark.

The day's total was a surprising 24 percent below Monday's tally, and eight percent lower than a week ago. The decrease in infections had shown signs of leveling off, with all infections reported Monday through Sunday of last week having been just 2.5 percent below the previous seven-day period. The news brought the seven-day average down to 5,289.

With 198 newly-infected residents, Amsterdam continued to sit atop the list of cities with the most new infections, though its total was 14 percent below that of last Tuesday. Rotterdam registered a 37 percent decrease, falling to 127, and The Hague ticked up slightly to 120.

The RIVM also noted that 90 more deaths were linked to Covid-19, which pushed the total number of deaths in the Netherlands past nine thousand to 9,035. Over the past seven days, an average of 60 deaths were reported daily in statistical updates from the agency.

At least 223 more people were hospitalized as a result of Covid-19 during the period between Monday and Tuesday afternoon. Hospitals moved 32 more coronavirus patients into intensive care during that time, according to a report from patient coordination office LCPS.

There were 1,925 patient being treated for the coronavirus disease in hospitals on Tuesday, 10.3 percent lower than last week. Over each of the past seven days, the hospital total in both acute and non-acute care has gone down by an average of 1.52 percent. Should that rate continue, there will be about 1,730 hospitalized coronavirus patients next week.

The admitted Covid-19 patient total in the ICU has fallen slowly but steadily since a peak of 612 patients on Nov. 4. That tally dropped by ten to 526 on Tuesday. Outside of the ICU, the patient total dropped back down to 1,399, a decrease of 33.

Since the end of February, an estimated 24,205 people with the coronavirus disease have been treated in regular care departments, and 5,346 were admitted into an intensive care units. Of all people treated for the disease in hospitals, 4,694 of those patients died during treatment, according to nonprofit organization NICE.

Some 493,744 people in the Netherlands have tested positive for the coronavirus infection from the start of the pandemic. The bulk of them were tested after June 1, when testing was more widely available to members of the general public.