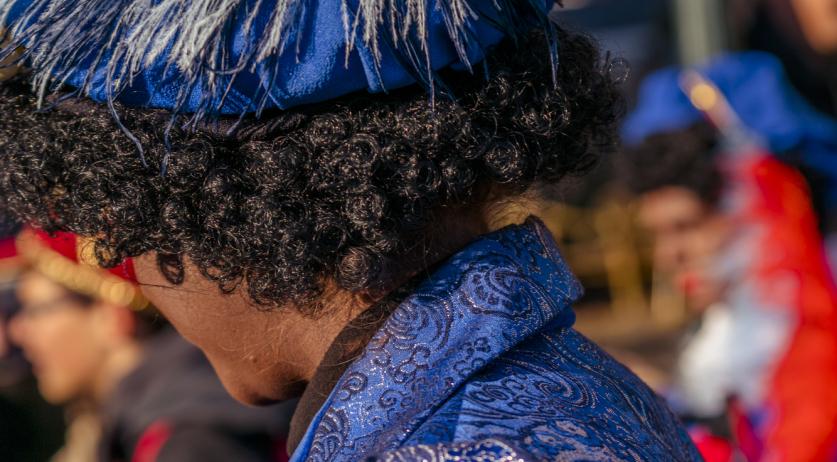 The proportion of the Dutch population that supports Zwarte Piet in his traditional blackface form is waning. Last year, 71 percent of the population wanted to keep the Sinterklaas character in blackface. This year only 55 percent are still behind Zwarte Piet, according to a survey EenVandaag did among 29 thousand Netherlands residents. 34 percent want Piet's appearance to change. 11 percent are uncertain.

EenVandaag has been polling the Dutch public on the appearance of Zwarte Piet since 2013, when 89 percent of the public wanted to keep him traditional. Since then, support for blackface Piet steadily decreased until 2017. That stabilized for two years, until the Black Lives Matter protests this summer. Since then the number of people who think Piet's appearance needs to be changed increased significantly.

After the anti-racism protests, Prime Minster Mark Rutte said that his opinion about Zwarte Piet's appearance has changed over the past years. Over time he met many people who said they felt incredibly discriminated against because of Piet's blackface. According to Rutte, these people made him think. "That's the last thing you want at a Sinterklaas party."

7 percent of people who changed their minds about Zwarte Piet this year said that Rutte's statements influenced their opinion. The majority said it didn't, though some recognized themselves in the statements. "I have experienced exactly the same development in thinking. I do not think Zwarte Piet is racist, I have no problem with it myself. But I heard from someone that he as a child had a terrible Sinterklaas time, because he was often called Zwarte Piet. I found that terrible to hear and since then I think differently," one respondent said.

Many people who changed their minds this year said they are now in favor of changing Piet's appearance in order "to keep the peace", referring to social unrest and demonstrations this summer and during previous Sinterklaas arrival parties. They're also over the recurring debate. "Let's just change it, then hopefully we'll be done with the perennial discussions once and for all," one respondent said.

As support for traditional blackface Zwarte Piet wanes, there is increasing support for Chimney Piet, who has soot marks on their face instead of full blackface makeup. Like last year, Chimney Piet is in the kids show Sinterklaasjournaal this year. Last year, the majority of respondents called that unacceptable. This year, people are more divided. 47 percent think it's fine that Chimney Piet is in the kids show, 43 percent don't think so.