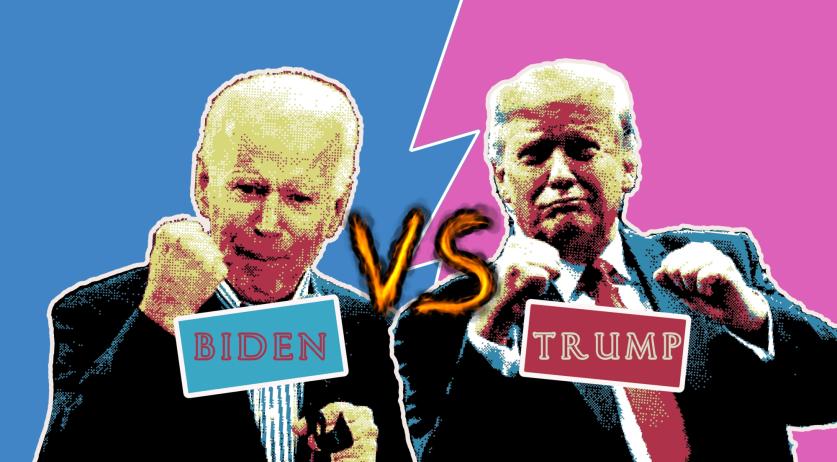 The vibe at the traditional election breakfast of the United States embassy in The Hague was much quieter than usual on Wednesday morning, as participants waited to see what would happen. Due to the coronavirus crisis causing an upsurge of mail-in voting, it may take days for all the results to be in.

On Wednesday morning, the race was still neck-and-neck between the Democrats and Republicans, according to data from RTL Nieuws. To win, either Donald Trump or Joe Biden needs more than 269 electors. At 10:30 a.m. Dutch time, Biden had 220 and Trump had 213. The rest are still unknown.

That, and social distancing requirements, resulted in an election breakfast that looked much different than in previous elections. Usually, hundreds of politicians, experts and Dutch Americans would gather at Kurhaus in Scheveningen to drink coffee, eat donuts and celebrate or commiserate about the results, depending on how you voted. This year it's mostly face masks at the Nieuwspoort press center in The Hague, with people waiting to see what will happen, ANP reports.

America expert Willem Post told ANP that this will be a tight race. "In recent weeks, many media outlets have spoken of a 'blue wave': a resounding victory for the Democrats. I have been saying all along that we should not trust the polls." If Biden wins, it will be with a narrow majority, Post said.

Former CDA politician Jack de Vries thinks that this may become a long week. "I think we are heading for a scenario in which it will indeed take days, if not longer, before the results are in," he said to the news wire. He also believes that Trump will make good use of this chaotic waiting time. On Wednesday morning, the president already claimed victory in a speech. While millions of votes have yet to be counted.