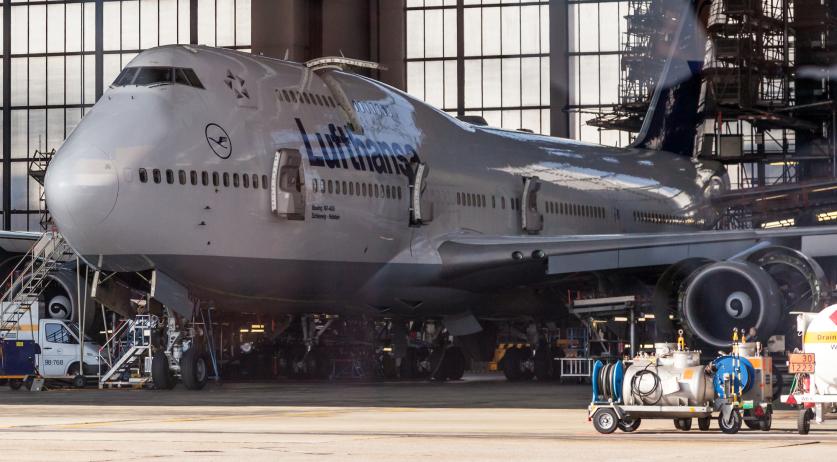 Six Lufthansa Boeing 747 airplanes stuck at Twente Airport will finally be allowed to leave the single runway facility. The German airline was able to land the aircraft there, but according to the Human Environment and Transport Inspectorate (ILT), the runway is not suitable for heavy aircraft like the 747 to take off.

Hours before an administrative court in Zwolle was to hear arguments to force the ILT to lift the restriction, the ILT reached a deal to allow the six jumbo jets to depart from the regional airport. The deal was struck between the inspectorate and Technology Base, the sprawling campus which includes the airport.

In the spring, Lufthansa asked Twente Airport, which specializes in dismantling old aircraft, to temporarily store six of its 747s. Due to the coronavirus crisis, the German airline had to shrink its fleet. With the aviation sector hit so hard by the crisis, Twente Airport enthusiastically agreed.

The airport expected that the 747s would be parked there for an extended period of time, perhaps more than a year. And hoped that the dismantling of the aircraft will eventually fall in their hands. But Lufthansa had other ideas and sold at least three of the planes to American aircraft recycler GE Aviation Materials. The first plane was supposed to leave for the United States on Monday.

Twente Airport only has a permit for Boeing 747s to land in order to have them dismantled on site. The runway does not have the infrastructure for such heavy planes to takeoff, the Inspectorate had said. The Inspectorate told newspaper Trouw that it warned the airport that the planes would not be able to take off again before the final four landed there.

"It's like you drive into a parking garage and then are not allowed out again," airport director Meiltje de Groot said to newspaper Tubantia. "Too absurd for words."

That all changed late Thursday morning. "Technology Base and the ILT have consulted constructively in recent days to find a solution for the safe departure of the aircraft," said in a statement. The one-off exemption is contingent that special rules be followed, like flying the aircraft with little fuel and at a light gross weight.

"Both parties agree that the current state of affairs cannot be repeated. Lufthansa aircraft can thus depart from Twente Airport. The first aircraft will leave shortly."

The ILT said that three of the aircraft were already sold and will depart before the end of the year.