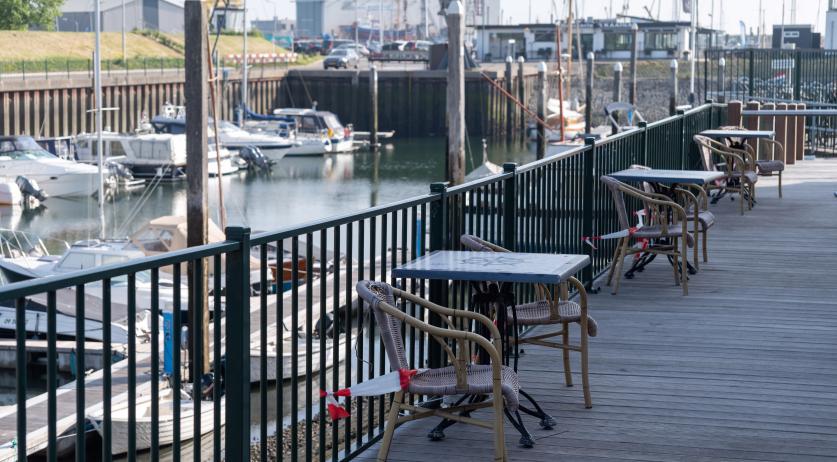 Some 67,542 reports of a new coronavirus infection were delivered to public health agency RIVM during the seven-day period ending at 10 a.m. on Tuesday, a 21.5 percent increase over a week earlier. The total number of infections uncovered in October were dramatically higher than the positive diagnoses reported between June and September, the agency's data showed.

Testing in the Netherlands became widely available to the public on June 1. From then through September 30, nearly 80,500 people tested positive for the viral infection.

This month alone, 132,183 were diagnosed with the SARS-CoV-2 virus, data from the RIVM showed.

Deaths over the past week also jumped up by 78 percent compared to the previous week. Some 329 Covid-19 deaths were reported to the RIVM, compared to 185 before.

Hospital admissions for the coronavirus disease also shot up by over 16.5 percent. Data provided to the RIVM showed that at least 1,739 people were admitted to hospitals. ICUs admitted 333 people during that time, which was also up 16 percent.

It pushed up the number of contagious people in the country to an estimated 160 thousand. That is a full 26 percent higher than what was estimated last week.

Some 17.9 percent of those who scheduled a test themselves with municipal health service GGD were tested positive. Final data for the previous week showed that statistic was at 15.2 percent.

There was some good news in the weekly report from the RIVM, which showed that the basic reproduction (R) number of the virus fell further, dropping from 1.22 to 1.16. That means that 100 contagious people are expected to spread the infection to 116 others.

Prime Minister Mark Rutte, set to hold a media briefing Tuesday night, said on Friday that he was most concerned by the "alarmingly high" number of infections, the basic reproduction number of the virus, and the percentage of people testing positive. With the R-Number the only bright spot in Tuesday's report, the expectation is that Rutte will warn the public that little improvement during the coming days will lead to a strict lockdown next week.

The number of people testing positive less than two weeks after traveling also rose by nearly 18 percent to 933. The most visited destinations by those infected with the virus were Belgium (166), Germany (156) and Poland (92).

A total of 321,654 people were tested by the GGD during the past seven days, an increase of about 12 thousand. That raised the daily testing average up to almost 46 thousand.