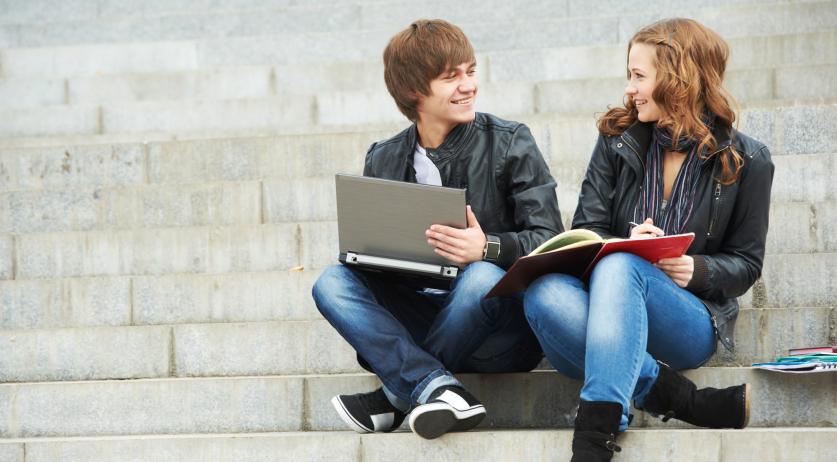 Around 70 percent of students borrowed money from DUO last year for their studies. On average, each student loaned 700 euros per month, Statistics Netherlands reported on Tuesday. Student unions LSVb and FNV Young & United are concerned by the fact that more students are borrowing more money.

The number of students who have student loans increased significantly since the basic study grant was abolished in 2015, according to the stats office. In 2010, 26 percent of 19-year-old students had a student loan. By 2018,that increased to 65 percent.

Students are also borrowing larger amounts. In 2010, the average 19-year-old student borrowed 310 euros per month from DUO, compared to 568 euros on average in 2018. Statistics Netherlands noted that students are more likely to take out a student loan, and to borrow more as they grow older.

"These amounts are very worrying," Lyle Muns of student union LSVb said in a response. According to him, an average loan of 700 euros per month means that study debts of 50 thousand euros are no longer an exception. "And this does not even include the effects of the corona crisis. The loan system must be ended quickly, because it can't go on like this."

The coronavirus crisis resulted in many students - many of whom work in hard-hit sectors like hospitality and events - lost their jobs. The crisis also led to study delays for many students, which means they will have to study longer and loan more as a result.

The stats office noted that last year, before the coronavirus crisis hit, students earned more at an average amount of 550 euros per month. According to Statistics Netherlands, this is not because more students started working - that percentage remained stable at around 85 percent. The higher earnings are mainly due to working students putting in more hours. They also started earning more per hour, as the minimum youth wage increased and the age at which young people receive the adult minimum wage was lowered.

FNV Young & United chairman Bas van Weegberg is not surprised that students are working more hours. "It makes sense that students work more due to higher costs of room rent and tuition fees and less income thanks to the lack of the basic grant," he said in a reaction. "There is nothing wrong with working, but working a lot of hours in combination with a full-time study creates more stress and less room for development and relaxation."

He called for an increase in minimum wage, and for young people to qualify for adult minimum wage from the age of 18. "So that students have less stress and work pressure."