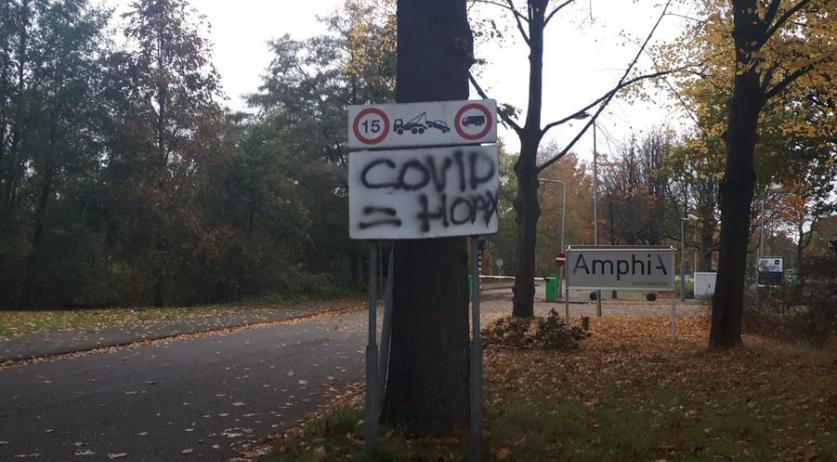 The coronavirus test center in Breda was vandalized over the weekend, and employees at the test location had insults shouted at them. The police are investigating and call on witnesses to come forward.

GGD employees discovered the vandalism - graffiti calling the coronavirus a hoax - on multiple signs around the test center on Langendijk on Saturday morning. On the same morning, traffic regulators and GGD employees had insults shouted at them.

"This didn't involve death threats, but was experienced as very unpleasant," a police spokesperson said to NOS.

Breda mayor Paul Depla called the incidents unacceptable. "Aggression against people who are committed to our health. Unfortunately also in Breda. GGD test center defaced and signs vandalized. And people scolded and intimidated by people who think corona is a fairy tale. Too sad for words. Show respect for our people in healthcare," the mayor said on Twitter.

GGD West-Brabant confirmed the incidents on Twitter, and that they were reported to the police. "Our apologies for any delays or discomfort," the health service said.