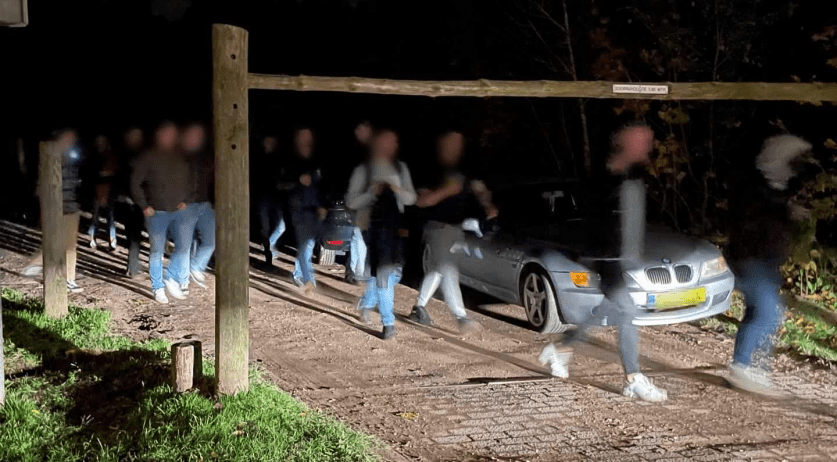 Over 300 people were caught attending an illegal party party at a construction site in Hilversum overnight, police said on Sunday morning. Their colleagues also broke up a mobile sauna fest in Hengelo.

The hundreds of visitors at the Hilversum, Noord-Holland gathering were in violation of coronavirus restrictions, and had arrived from all over the country. Police said the “incomprehensible and irresponsible” party was discovered near Anna’s Hoeve where a roadway is being build along a railroad to improve public transit service.

“Two people were arrested: a DJ from the party and a woman who abused a [police] colleague,” a statement from the authorities said. “She kicked our colleague after she was prompted to leave.”

Most other attendees left without incident. Police did not say how many people, if any, were given a 95-euro fine for violating coronavirus rules about social distancing and limiting gatherings to a maximum of four people.

Early Sunday morning police in Hengelo received a nuisance compliant about a possible party at a parking lot on Holtersweg. “It turned out that several young people were having a party in a sauna on wheels,” police in the Overijssel city said.

“This really shocked us. More and more people are getting sick every day, and yet parties are being held with all the consequences that follow.”

Nine people were fined for violating coronavirus rules or for not having proper identification. Another 14 were ticketed earlier in the evening for hanging out together behind the city’s train station.

“We understand that times are tough for everyone. The coronavirus crisis has lasted over half a year now, and the current figures from the RIVM are not encouraging,” Hilversum police said.

Now is the time to persevere for each other, for the healthcare staff, and for the hospitality and events industry which we miss so much now.”