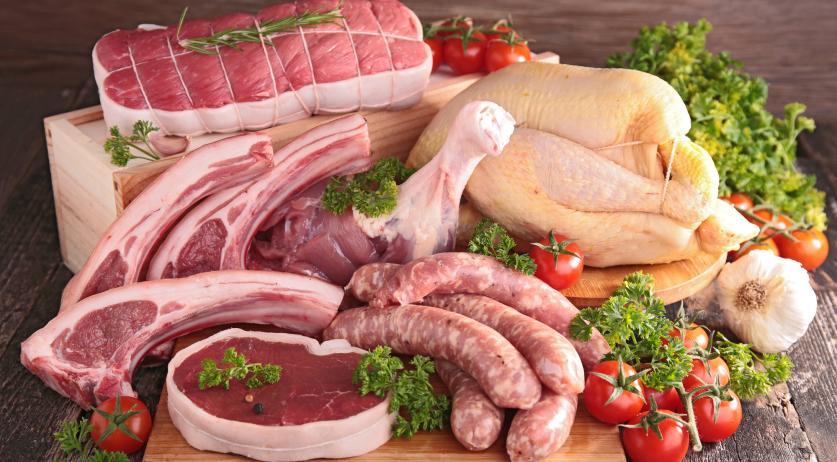 Despite meat substitutes gaining popularity, meat consumption in the Netherlands increased for the second consecutive year in 2019. Last year 39 kilograms of meat per person was eaten, a few hundred grams more than the year before, according to a study by Wageningen University on behalf of animal welfare organization Wakker Dier.

Based on carcass weight, Netherlands residents each consumed 77.8 kilos of meet in 2019, over 500 grams more than the year before. After processing, 39 kilos of meat and meat products were actually eaten per person.

Wakker Dier is concerned about this increase. "Everything is crying out for a reduction in meat consumption. Climate, nitrogen, deforestation, our health. And last but not least, the animals themselves. An extremely worrying development," Anne Hilhorst of Wakker Dier said.

Meat consumption in the Netherlands decreased every year between 2012 and 2017, but after that it increased again. "Because we started eating more meat again, we canceled out the gains we made in the years before," Wageningen University researcher Hans Dagevos said to NOS.

There are two main contributing factors to the increase, he said. "Where some people - also called flexitarians - eat little or no meat at home, this is sometimes put aside in the catering industry. The catering industry remains a major supplier and promoter of meat," he said. The second, lessor, factor is the growing number of tourists. The research concerns meat sold in the Netherlands, so not necessarily consumed by Netherlands residents. "But that does not mean that the Dutch don't still eat a lot of meat," Dagevos said. "If you think that many people in the Netherlands are vegetarian, you're really only looking at your own bubble."

Due to the coronavirus closing borders and catering establishments, Dagevos expects that 2020's meat consumption will be lower. But actual change will not happen quickly, predictions show. "Behavioral change in food is very slow, and meat appears to be strongly anchored in our food culture," he said to NOS