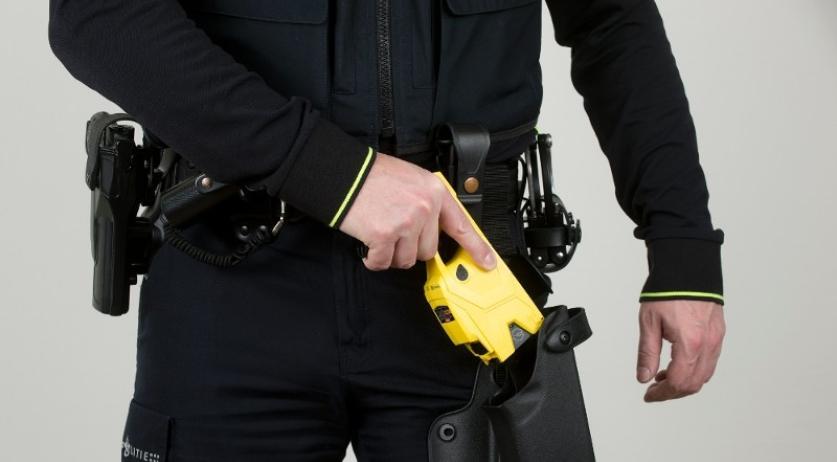 Police officer with a taser - Source: Photo: Politie at
Crime
police
taser
use of force
electric shock
Share this:

Last year police officers in the Netherlands used drew their tasers on suspects slightly more often than the year before - 177 times last year and 170 times in 2018. But they actually fired the weapon slightly less often, 65 times in 2019 and 72 in 2018, according to figures released on Tuesday.

That indicates that the threat of the taser was enough to get a situation under control in 63 percent of cases last year. Of those who had a taser fired at them, a third fell unconscious.

Over half of the people who had a taser drawn at them were under the influence of alcohol or drugs, or were disturbed, the police said. 95 percent were men.

According to the police, officers only used the shock function on the taser - in which the taser is pressed to a person's body and an electrical charge is released -  four times last year. This has to do with updated instructions the police received in the use of force, the police said.

Police officers are only allowed to use shock mode in situations "where immediate danger to the life of the persons or the occurrence of serious physical injury must be averted". In the four cases last year, this was not the case and the use of electric shock was therefore unjust. This was discussed with the officers involved, and other officers as a learning opportunity.