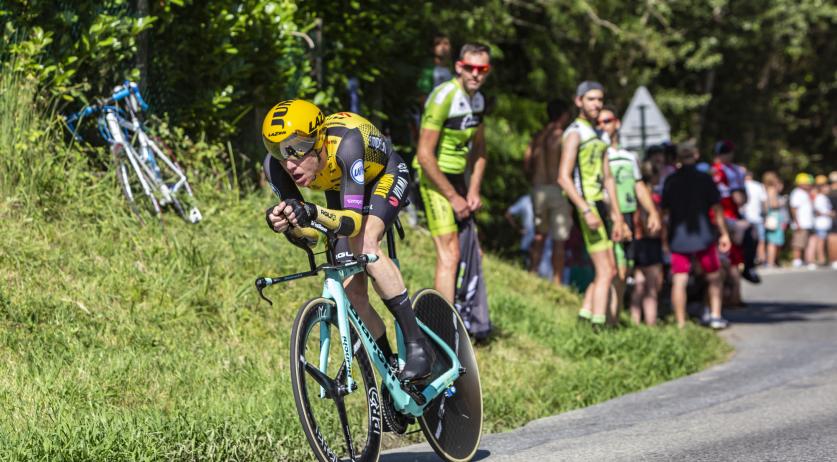 Dutch cyclist Steven Kruijswijk has to leave cycling race Giro d'Italia. He tested positive for Covid-19, his team Jumbo-Visma cycling said on Twitter on Tuesday. The entire team withdrew from the competition after the positive test.

All team members, both riders and staff, of all participating teams in the race were tested for the coronavirus on rest day. Kruijswijk and a rider for Team Sunweb tested positive, according to Eurosport. Six staff members also tested positive - four from Mitchelton-Scott and one each from Ineas Grenadiers and Team Ag2r-La Mondiale.

According to Jumbo-Visma, Kruijswijk has no symptoms and is feeling fine. He was therefore very surprised by the diagnosis.

"I feel fit. I cannot understand that I have contracted it. It is a very big disappointment to get this news," Kruijswijk said in a statement on the team's website. "Within the team we take a lot of measures and it is a shame that I have to leave the Giro in this way."

Kruiswijk, 33, hails from Nuenen, Noord-Brabant. He has been a professional athlete for almost 15 years, taking third in the Tour de France last year after finishing 91 seconds behind winner Egan Bernal.

The Dutch cyclist has participated in 18 Grand Tour events. He lost his lead in the 2016 Giro d’Italia after crashing into a snow bank on a mountain descent during the 19th stage. Hobbled by broken ribs, he completed the 20th stage to finish the race in fourth place overall.

🇮🇹 #Giro @s_kruijswijk will not appear at the start of the tenth stage of the Giro d’Italia. Kruijswijk tested positive on Covid-19 on the rest day. As a result, he has to leave the race.