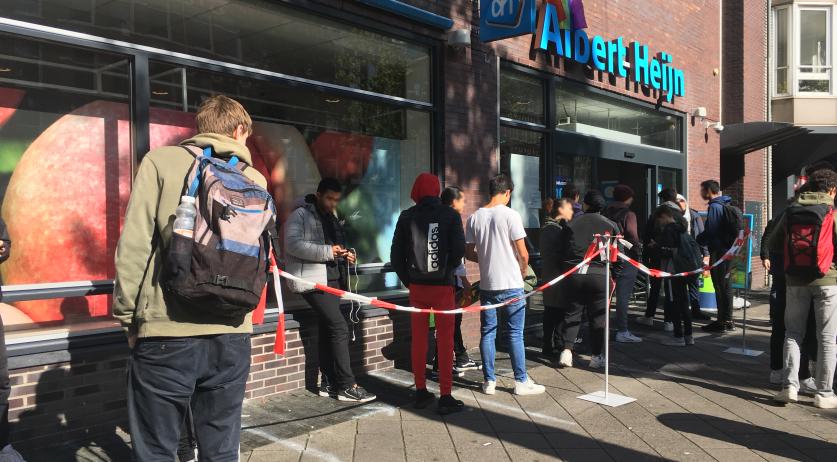 The Netherlands set another new record for daily infections of the SARS-CoV-2 coronavirus on Monday, creeping ever closer to the 5,000 daily infections predicted a week ago by Prime Minister Mark Rutte and Health Minister Hugo de Jonge. Early data from public health agency RIVM showed 4,581 new coronavirus infections were reported in the 24 hours leading up to 10 a.m. on Monday, beating the previous day's record by 14 percent.

It was also 57 percent higher than last Monday's figures, and almost a third higher than the seven-day average. The continued trend in rising infections prompted acute care leader Ernst Kuipers to suggest the possibility of new social restrictions to slow the second wave. Dutch hospitals were treating nearly 900 people for Covid-19 on Monday, which was likely to rise up to a thousand within a week.

Rotterdam (401), Amsterdam (351) and The Hague (269) were the top three cities for the most residents reported infected. Rotterdam showed a week-to-week increase of 47%, with Amsterdam's increase at about 46 percent. A 19 percent rise was recorded in The Hague.

Since the beginning of the health crisis, Covid-19 has caused the deaths of 6,461 people in the country, including seven more fatal cases reported by the RIVM on Monday. Another 59 people hospitalizations were linked to the coronavirus disease, with 12,940 admitted to hospitals since the end of February.