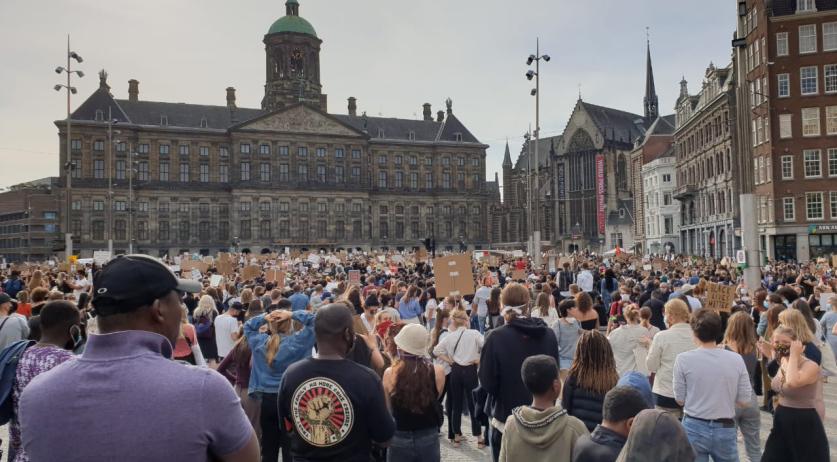 Mayor Femke Halsema of Amsterdam was concerned that more than expected people would show up for a Black Lives Matter protest on Dam Square on June 1st. She raised these concerns in a text message to the municipality's director of Public Order and Safety a day before the demonstration, despite always saying that the authorities were surprised by the number of demonstrators, television program Shownieuws and De Telegraaf report based on documents from the municipality.

A day before the protest, Halsema texted this to the Public Order and Safety director, according to Shownieus: "I am concerned about the combination tomorrow, of an emotional black population (and more than we expect now) and nightlife crowd with a short fuse."

The next day some 5 thousand people showed up for the Black Lives Matter protest on Dam Square, prompted by George Floyd being killed by police in the United States. The square was so crowded that coronavirus measures like social distancing could not be maintained. Halsema previously said that they expected a few hundred protesters. But according to Shownieuws, her text messages tell a different story.

"If I look at the images in America, I think that they can make people here very emotional. the question is whether the triangle [of mayor, police and prosecutor] should not draw up a joint strategy here. The turnout could also be much greater than we think now. What do you think?" she texted to the Public Order and Safety director, according to the show.

According to De Telegraaf, the released documents also show that the Public Prosecution Service (OM) in Amsterdam was not involved in the decision not to intervene in the protest, though this was previously stated. According to the newspaper, prosecutor Willem Nijkerk had mail contact with the municipality's security officer five days after the demonstration.

"Acting HOvJ [chief public prosecutor] noted at the opening of the triangle that he naturally wants to and will move outwards as a triangle, with regard to the facts and joint findings," that email reads, according to the newspaper. "It is important for the OM that on 1 June we were not involved in the decision not to take action against the crowds and the violation of the 1.5 meter rule, where it is stated in the external communication that it was a triangle decision."

According to the Telegraaf, the Amsterdam city councilors now want to debate the matter with Halsema again.