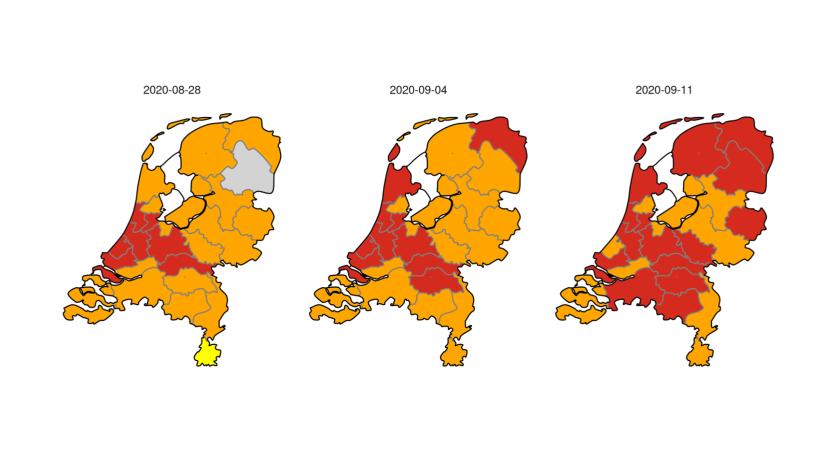 Dutch Covid deaths tripled in a week, Hospitalizations up 60% as 19,000 test positive

Official data from public health agency RIVM showed that 102 people died because of Covid-19 in the week ending September 29, over three times higher than the 33 who died during the previous week. There was also a significant increase in the number of people hospitalized with the coronavirus disease.

Some 244 patients were admitted to hospitals over the course of the week, up from 152 the week prior. The number of SARS-CoV-2 infections for the seven-day period also shot up, reaching 19,326. The total represented a 43 percent increase over the previous weekly report from the RIVM. The data was accurate as of 10 a.m. on Tuesday, the RIVM said.

The agency estimated that 146 thousand people in the Netherlands were contagious with the SARS-CoV-2 virus. In calculating the estimate, the RIVM used a model that predicted that anywhere from 96,500 to 201,500 people are actually walking around with an active infection of the coronavirus. Last week, that figure stood at just over 104 thousand.

The basic reproduction (R) number of the virus was little changed, with a fall from 1.33 to an estimated 1.27. It was the fourth consecutive week where the agency said the R-number including a margin of error was almost certainly above 1.00. The value of 1.27 means that every group of 100 contagious people will infect 127 others.

At least 511 people who tested positive were known to have traveled abroad within the 14 days leading up to their test. Germany was the most visited country of this group, with 135, followed by Italy (64), Belgium (57), France (56) and Greece (30).

Some 117,551 people have tested positive for the novel coronavirus since the end of February, including 12,710 people who were hospitalized for Covid-19. A total of 6,393 people are known to have died as a result of the disease.

Municipal health services across the country stepped up their work last week and carried out over 14 thousand more tests than during the previous week, collecting 206,670 samples in all. Roughly 7.4 percent of everyone who self-reported to the health service wound up with a positive test, totaling 11,300. That showed a significant increase over the 6.1 percent who tested positive last week.

About a fourth of those tests had not been processed by 10 a.m. and will be included in RIVM data released throughout the week leading up to next Tuesday's official report.

Source and contact tracing has been limited due to capacity issues in many of the GGD municipal health regions. Of roughly 4,250 cases where the source of infection was identified, 57 percent involved someone living in the same home, and 10.5 percent were caused by a colleague at work.

Four percent of infections were likely tied to a visit to a bar, cafe or restaurant.