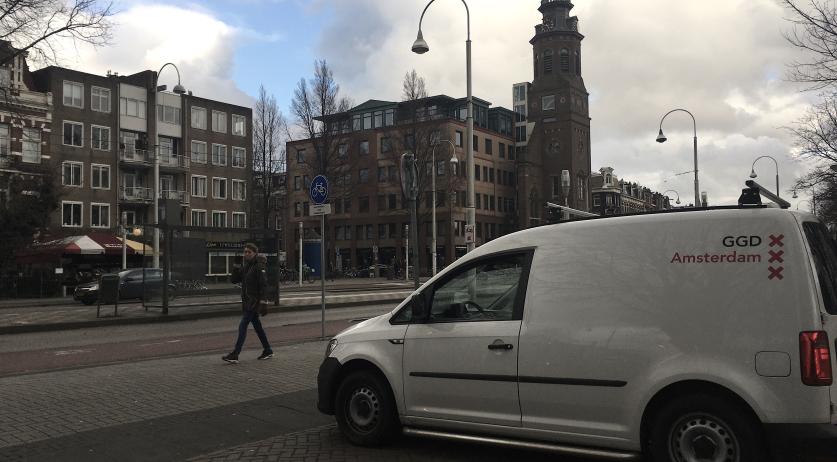 With more people testing positive for the SARS-CoV-2 coronavirus, representatives of ten regional health services have said they are no longer able to handle communicating directly with people who had contact with someone who tested positive.The list includes all six of the regions subject to new social restrictions beginning late on Sunday because of the rapidly-spreading virus, according to broadcaster NOS.

Instead, people who test positive are frequently being asked to inform their contacts themselves. The affected regions include Amsterdam-Amstelland, Rotterdam-Rijnmond, The Hague and Haaglanden, Utrecht, Leiden and Hollands Midden and Kennemerland including Haarlem. In addition, the regions of Gelderland-Midden and Gelderland-Zuid have limited contact tracing, which covers Arnhem and Nijmegen, as well as Twente. A tenth region was not disclosed.

Residents of those regions who become infected will be told they must immediately inform their close contacts themselves and to advise them to get tested and self-isolate at the first sign of any negative health symptoms. Only high-risk cases, including the elderly and those in poor health, will still called by the affected branches of the GGD health service. The source and contact investigation will continue, the GGD said.

The Haaglanden region had already implemented this plan to relieve the pressure on source and contact investigators. Amsterdam and Rotterdam had enacted similar for several weeks in August.

"The source and contact investigation is an intensive job. In this way we free up time and capacity to be able to reach more infected people per day and to keep track of clusters. The result remains the same: finding and informing people who possibly spread the virus," a spokesperson for the GGD said to NOS. "The number of regions may also be expanded."

Complicating matters is that Schiphol Airport is covered by Kennemerland, which has consequences for people who have been on an airplane with an infected person. A spokesperson for GGD Kennemerland said to NOS that all close contacts on an aircraft will still called but will not monitored.

By the end of September, the GGD plans hopes to have enough researchers to carry out a maximum of 1,500 examinations per day. However, with nearly 9,900 people having tested positive for the virus between Monday and Saturday, the number of infections has already exceeded that capacity this week.

This week, public health agency RIVM said that every 100 infected people is currently estimated to infect 140 others. In a press conference on Friday, Prime Minister Mark Rutte said that if the rate remains at that level, the Netherlands can expect 10 thousand new daily infections.

Source and contact research is seen as one of the most important means of controlling the virus. By immediately checking the contacts of an infected person, the risk of spread is reduced. The responsibility for keeping close contacts informed now rests with infected individuals themselves in the ten regions.