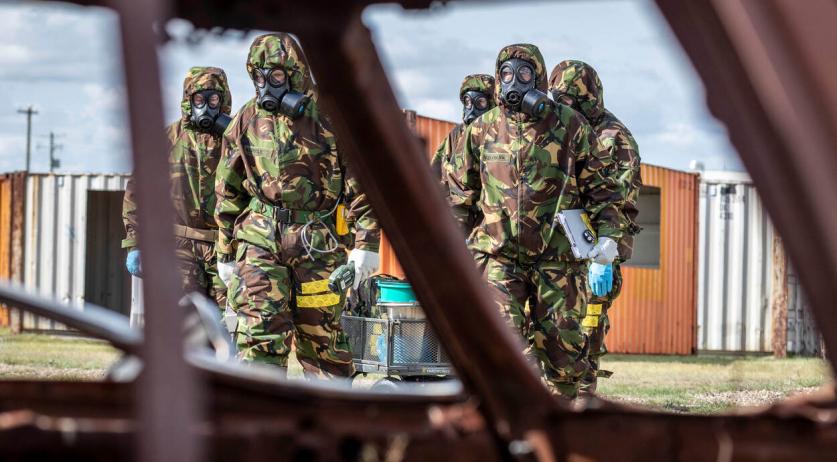 Two Dutch soldiers were injured during a NATO exercise involving chemicals in Vyskov in the Czech Republic on Thursday afternoon, the Ministry of Defense said. "An explosion occurred due to unknown causes."

The soldiers were taken to hospital for treatment, under the supervision of a Dutch military doctor. "Their injuries seem not to be too bad," the Ministry said. They were able to inform their "home front" of the incident themselves.

As a precaution, 23 other participants in the exercise, including 19 Dutch, were also taken to hospital for a check up.

The exercise involved soldiers from various NATO countries, practicing the detection and identification of chemical substances, and the disinfection of areas, people and vehicles. The exercise lasted two weeks and ends on Friday.

The Koninklije Marechauseee, a policing force that works as part of the Dutch military, will investigate what happened.