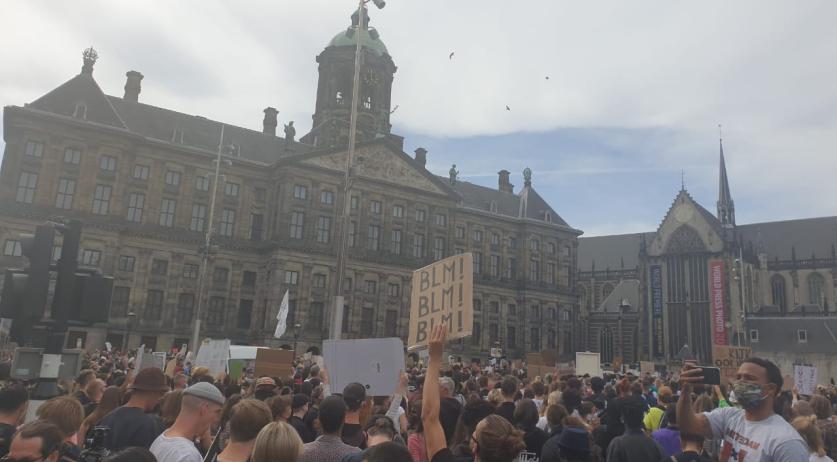 Prime Minister Mark Rutte and Minister Wouter Koolmees of Social Affairs and Employment will be meeting with representatives of the organizations behind anti-racism protests in the Netherlands on Wednesday. They will discuss "the common question of how racism can be tackled in various areas in society and how the discussion about racism can be conducted in a good way", government information service RVD said on Tuesday.

The meeting will be with representatives of Black Lives Matter Nederland, a coalition of activists and organizations against racism in the Netherlands, and Kick Out Zwarte Piet, a group of activists that have been campaigning for the Netherlands to stop using black face in its Sinterklaas celebrations for years.

During the height of the Black Lives Matter protests in June, the Prime Minister was praised for meeting with people who were at the forefront of the racism debate. Though he was also criticized as none of the people involved in Black Lives Matter Nederland were invited to that meeting.

Kick Out Zwarte Piet (KOZP) accused Rutte of holding the meeting so that there could be a photo opportunity for the press, rather than actually trying to fight racism in the Netherlands. "The structure of the conversation and the Prime Minister's invitation policy together give the strong impression that this is more about a PR stunt than a sincere conversation to combat institutional ant anti-black racism in concrete terms. The organizers of the Black Lives Matter demonstrations have received no invitation to this conversation," KOZP said at the time.

The activist group, which was prominently involved in organizing the Black Lives Matter protests in the country in June, also took issue with the government's choice in wording - similar wording to what was used in the announcement of Wednesday's meeting. "We regret that Prime Minister Rutte stated that he wants to talk to 'participants in Black Lives Matter demonstrations' about 'how the conversation about racism in society can be properly conducted', and not how policy can be developed to fight racism," KOZP said. "We see this as a diversion from not talking about the calls from the EU and ECRI, among others, to formulate a national approach to fight against racism."

The meeting will take place at Catshuis, the Prime Minister's residence in The Hague, on Wednesday afternoon.