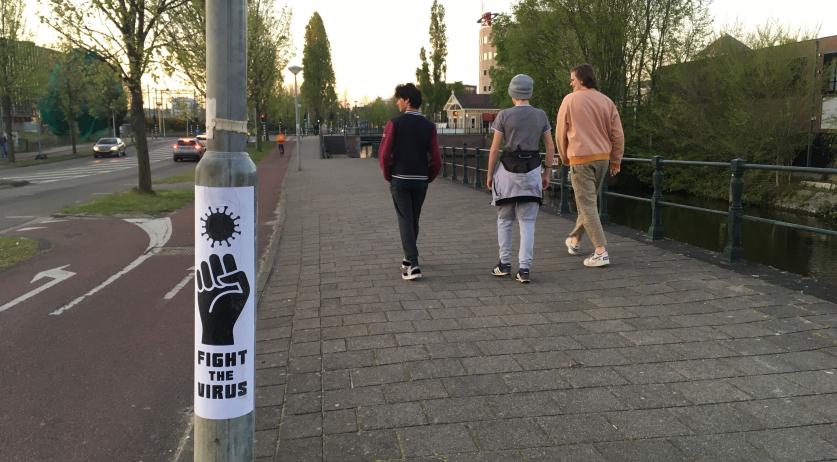 Most Covid patients in hospital since July 1; Most new infections since April 26

Hospitals in the Netherlands were treating 128 people for Covid-19 on Monday, the highest number since July 1. More patients were imminent in the coming weeks, said Ernst Kuipers, the head of the Dutch acute care providers network.

The hospital patients included 29 people being treated in Dutch ICUs, a decrease of two. There were also 99 patients confirmed to have the coronavirus disease in other hospital wards, an increase of 12, figures from patient coordination office LCPS showed.

"The number of admitted COVID patients is slowly increasing and has now reached the highest level since 1 July," Kuipers said. "This is in line with the increase in infections. We expect the number of hospital admissions to increase further in the next two weeks. "

Five more people were also moved into intensive care from Friday through Sunday, early data from public health agency RIVM showed. An additional 15 people with the respiratory illness were admitted to Dutch hospitals during that three-day period.

Data from nonprofit organization NICE showed that 2,966 Netherlands residents with Covid-19 have been treated in intensive care. An estimated 872 died while in the ICU, and 1,917 were treated and eventually released from the hospital.

Also on Monday, 630 new positive infections of the SARS-CoV-2 novel coronavirus were reported by RIVM, the most since April 26. Nearly 60 thousand people in The Netherlands have tested positive for the coronavirus strain since the end of February, and testing has increased progressively and dramatically since June 1.

The agency will release more refined weekly figures on Tuesday afternoon. Early results from the agency over the past eight days suggests the agency will show an increase to total Dutch infections of approximately 3,650.

Virologist and RIVM leader Jaap van Dissel will testify in Parliament on the issue on Tuesday afternoon, according to a statement published by the lower house of Parliament. He was asked to return from his summer holiday early to brief politicians on the matter, newspaper AD wrote.

The following day, Prime Minister Mark Rutte, Health Minister Hugo de Jonge and Medical Care Minister Tamara van Ark will be grilled on the increasing number of infections, and their policy efforts to prevent a second wave of Covid-19 cases from striking.