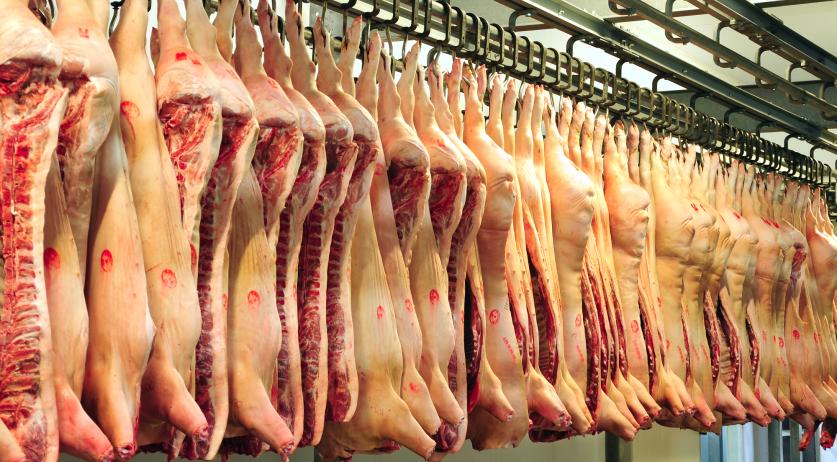 Employees of  Helmond slaughterhouse Van Rooi Meat have been working with coronavirus symptoms over the past two months because they are afraid that reporting the symptoms would mean them losing their jobs, employees told NOS. A number of them said that they were instructed to always tick "no" on the symptoms questions of the health questionnaires they have to complete every day, NOS reports.

Van Rooi Meat is the second largest slaughterhouse in the Netherlands with some 1,700 employees. At the end of May, the slaughterhouse had to close for two weeks when a large number of staff tested positive for the coronavirus. Health service GGD discovered the outbreak after testing two samples of employees.

Since the slaughterhouse was allowed to reopen in June, employees have to fill in a health questionnaire every day. If you say you have symptoms, you have to go home. This is one of the main ways in which the GGD is monitoring the situation in the slaughter house. "If I had said the truth, I probably wouldn't have been able to return," one employee said to NOS about this questionnaire.

Employees also said that other measures within the slaughterhouse, such as social distancing and wearing a mask, are only enforced just before an inspection. The GGD announces inspections in advance.

Ellis Jeurissen of the GGD told NOS that he is shocked that employees say they lied or were forced to lie on these questionnaires. "Lying on health declarations is unacceptable. This is eroding the ground under this check." After NOS informed the health service about this, the GGD and local Security Region informed the company that there will be unannounced checks on its health questionnaires from now on.

Van Rooi Meat director Marc van Rooi told NOS that their staff were never instructed to lie. "To my knowledge, this did not happen. And if we hear about it, we will take measures. We have only one interest and that is to keep the factory corona-free." According to Van Rooi, around 50 employees with symptoms were sent home and later returned to work. This shows that people with symptoms do not lose their jobs, he said. Employees who were instructed to lie can report this to confidential counselors and there is a whistleblower policy in place, he added.

Van Rooi did acknowledge that the slaughterhouse managers do an "lap of honor" to make sure all measures are adhered to shortly before inspections. "I don't have to hide that, because you do that at home too when visitors come." This does not mean that the measures aren't adhered to at other times, he stressed. "We are always strict. We trained about 30 marshals to correct people."

Employees also told NOS that the GGD had to do two sample tests in May because the company manipulated the first sample. Migrant workers who shared housing were told not to come to work on the day of the first tests, to prevent employees who live together all having to go into quarantine if one of them tested positive, the employees said.

The GGD told NOS that the first sample was unrepresentative of the entire company, which is why the second sample testing was done.

Van Rooi denied manipulating the sample. According to him, the employees were chosen to be tested in collaboration with the GGD. "The sample was not representative of the entire company. That is correct. I don't know that the second sample was taken because the first one wasn't right. No reprimand came from it," he said to the broadcaster.