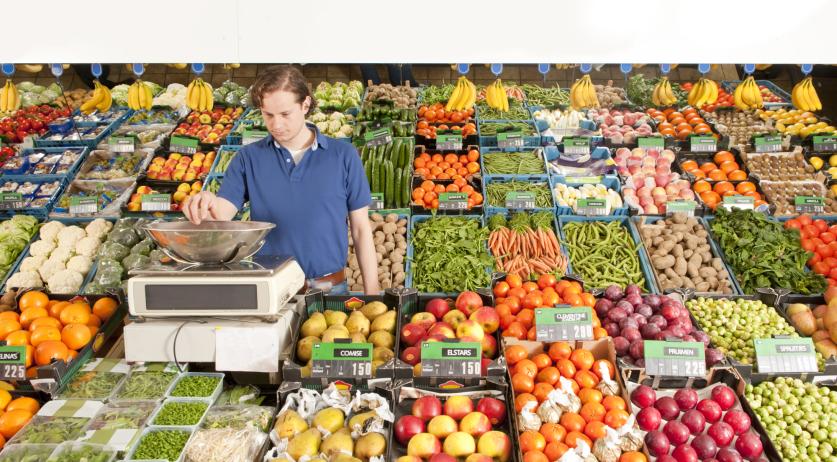 While many businesses saw their turnover fall during the coronavirus crisis, butchers, bakers and greengrocers were doing very well. Greengrocers and butchers saw their sales increase by 30 to 40 percent, according to figures from market researcher GfK. This involves additional turnover of around 55 million euros for specialty stores, NOS reports.

According to GfK researcher Joop Holla, this is the first time in 30 years that he's seen the small shop on the corner regaining market share from large supermarkets like Albert Heijn and Jumbo. "It is against the trend of the past years in which even hundreds of greengrocers, butchers and bakers had to close their doors," he said to NOS. "Buying food is increasingly about convenience, then the supermarket is a godsend. Now that people spent more time at home during the corona crisis and could not eat out, you want to spoil yourself at home. That enjoyment is better interpreted by the specialist store than by the convenience store."

Inga Blokker, director of The Food Research Company, also largely attributes the increased business for specialty stores to the "moments of enjoyment" they provide. "In addition, supermarket fear also plays a role," she said to NOS. "You have to queue at the bakery, but there are not hundreds of people inside. And during the lockdown, the idea to support local entrepreneurs was very strong."

Whether this development will continue, remains to be seen. "With a trend, you always see a counter trend," Blokker said to the broadcaster. "In recent years, it has become increasingly important that food came from all over the world. The counter reaction is that in some circles local food is becoming popular again. The story behind a product is also becoming increasingly important." She added: "It would be great if the butcher and greengrocer showed consumers why they are important in the past months. But I think the supermarket will remain the primary channel"