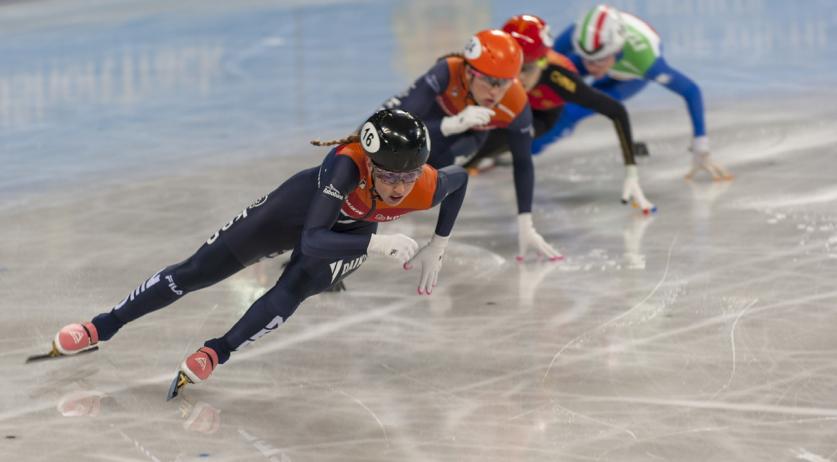 Dutch short-track speed skating champion Lara van Ruijven died on Friday after a difficult battle with an autoimmune disease. She was 27 years of age.

Van Ruijven won the bronze medal at the 2018 Winter Olympics in the 3,000 meter relay. A year later she became the first Dutch woman to win a gold medal at the World Short Track Speed Skating Championships for her performance in the 500 meter individual race.

“What a terrible message we just received. The loss will be felt in the sports world," said Dutch national speed skating trainer Jeroen Otter. ”It is a huge blow to this close-knit team. Everyone on the team has been missing her for two weeks. But today's news is so definitive and surreal. Horrible."

A series of complaints while she was staying with teammates in Font Romeu led her to visit a hospital in Perpignan, France, on June 25. “In the hospital, an autoimmune reaction led to serious complications. Internal bleeding, especially in the brain, soon made the situation life-threatening,” Dutch skating association KNSB announced.

She was admitted to intensive care in critical condition four days later. Even after several operations to stabilize her, there was no noticeable improvement. Her health deteriorated over the past week, with doctors informing her family that she had no chance of survival on Friday morning.

“At the beginning of the evening, Lara died in front of her loved ones,” the KNSB said.

She was described as being both persevering and very disciplined, but also as being “always cheerful and positive, modest and sweet, with an interest in her fellow man,” the KNSB said.