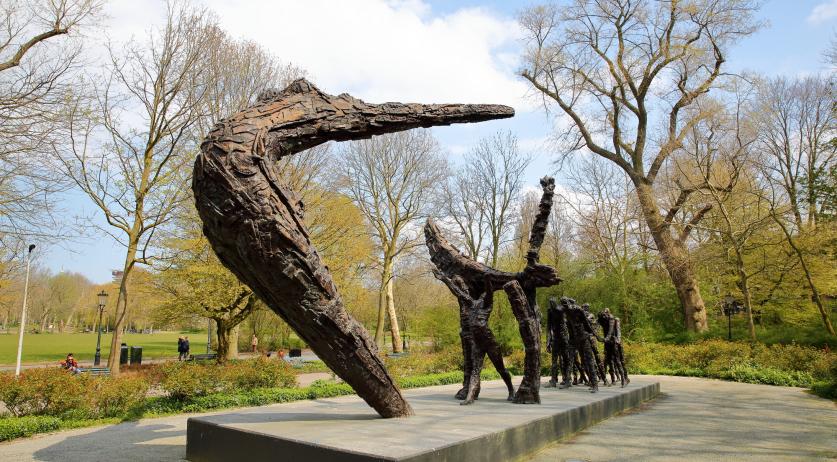 Due to the restrictions in place to curb the spread of the coronavirus, the Netherlands' national commemoration of its slavery past will be a closed ceremony this year. The ceremony will take place at the National Monument of Dutch Slavery Past in Amsterdam's Oosterpark at 1:00 p.m. on Wednesday, and was set to be broadcast live on television via NPO, NiNsee announced.

On Slavery Remembrance Day, the Netherlands commemorates two dates: 1 July 1863 and 1 July 1873. The first is the day on which the Kingdom of the Netherlands officially abolished slavery in Suriname and the former Dutch Antilles. But for the next decade, some freed people were still forced to work on the plantations in Suriname.

While the Netherlands banned the slave trade in 1814, 1 July 1873 marks the actual date where enslaved people became free, said NiNsee, the national institute for Dutch slavery history and heritage. As the 150th anniversary of this date approaches, several prominent political figures would like to see the recognition last not for weeks of events, but for an entire year of commemoration.

"We can use that year to provide additional information and dialogue on the dark pages of slavery in history," said Rob Jetten of D66 to RTL Nieuws. "But also about how it affects our society with regard to racism."

"It is important to jointly recognize history to be able to again build a future together," said Jesse Klaver, the Groenlinks party leader. Klaver told the broadcaster he wanted the history of slavery and the effects it had on the future to become a greater focus in education.

Slavery Remembrance Day is normally followed by the Keti Koti celebration and festival, celebrating the breaking of chains. These normally large, crowded events were cancelled this year due to the coronavirus pandemic.