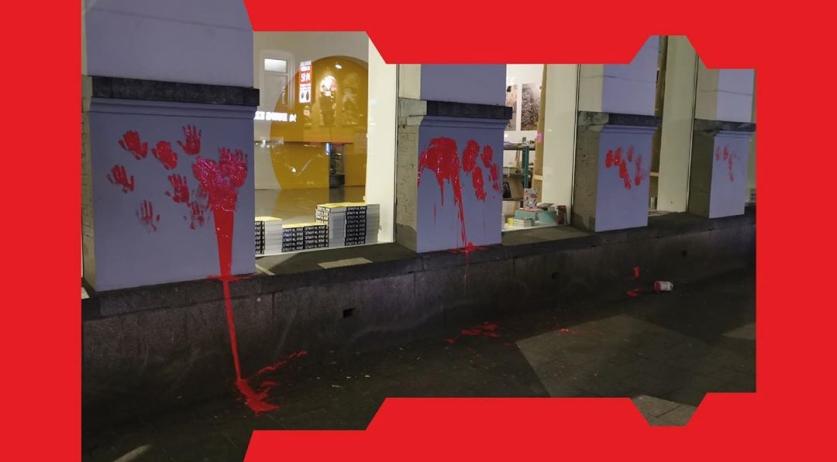 Rotterdam contemporary art museum Witte de With has dropped its name from all social media and most of its website, as it moves to separate itself from controversial 17th century naval officer Witte Corneliszoon de With. The museum took down the name on Saturday, two weeks after the art center was vandalized by an activist who left red hand prints all over the exterior walls as a reminder of the seaman’s violence.

The decision had been under consideration for several years, the museum said, ever since it hosted a 2017 project titled Cinema Olanda: Platform, which focused on decolonization, but with no consideration for the museum’s own namesake. “In the face of this predicament, on 7 September 2017, we vowed to make a name change. Our new name will come into effect 27 January 2021,” museum director Sofia Hernandez Chong Cuy said in a statement on June 14.

After taking the name down, the museum said, “We understand that the pace of change is important, and we realize that while our commitment to structural change preceding that of a new name has required time, it is equally important for our institution to be timely.”

The art center is named for its address on Witte de Withstraat, which in turn was named for the naval officer. De With served under other controversial figures, including Jan Pieterszoon Coen, and rose to the top ranks, serving in both the Dutch-East Indies Company and the West Indies Company. He was involved in the destruction of the city which was then known as Jayakarta, and laid waste to massive clove plantations as a way of preserving his own monopoly over that spice's pricing, laying ruin to the local economy in the process.

The museum wants the public to weigh in on the name change, in English or in Dutch, using an online survey open through Sept. 19. It is also hosting three forums connected to the subject from the end of August through September.

The museum may still be found on social media, but now under the name “Formerly known as Witte de With Center for Contemporary Art”, and on the website fkawdw.nl.