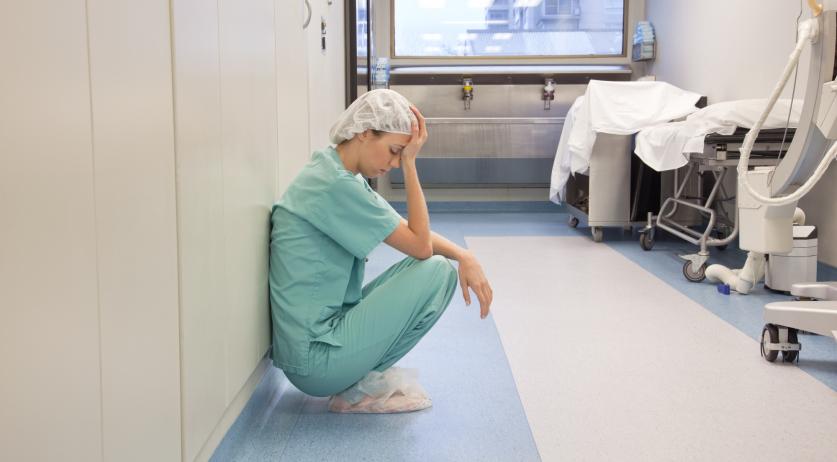 A large group of nurses and care providers feel that they are not earning enough and that they are under appreciated. Some are even considering quitting their jobs, according to a survey by nurses and caregivers' union NU'91 among over 3 thousand care workers. The Tweede Kamer, the lower house of Dutch parliament, is debating the salaries of healthcare staff on Tuesday, RTL Nieuws reports.

Nurses and caregivers were quickly labeled the heroes of healthcare due to their around-the-clock work during the coronavirus crisis. But mass applause or the first keg of herring does not change the fact that these healthcare workers feel powerless and "not taken seriously" by politicians, Stella Salden of NU'91 said.

"They are rightly angry. It is not just about a higher salary or bonus. They want politicians to take them seriously, to listen to them and to be able to help decide about their profession," Salden said to the broadcaster. "The corona outbreak made it clear how essential our healthcare professionals are within society. Political promises were made to make the profession attractive and healthy again." But now that it is time to act, those promises are suddenly unrealistic, Salden said.

She referred to an announcement on Monday, that healthcare workers who worked more during the crisis may have to pay back some tax benefits. Responsible State Secretary Alexandra van Huffelen said that she could not make exceptions to the Tax Authority's policy for healthcare workers.

SP leader Lilian Marijnissen was outraged. "Care providers worked doubled shifts in the corona crisis and all days off were withdrawn. If it is up to the cabinet, they will by punished for that too."

According to Salden, these kinds of political decisions make healthcare workers feel unvalued. "Healthcare professionals are becoming demotivated by this and even consider leaving the profession. While every one is so badly needed. Now and in the future."